Update: CREW initially withdrew its Freedom of Information Act request from the Army and has resubmitted it.

Update: CREW has received records from the Navy. Review the records here.

CREW filed Freedom of Information Act (FOIA) requests with multiple federal agencies and branches of the military in an attempt to establish the cost of President Trump’s Salute to America event on July 4th and whether there were any communications between the administration or military and the RNC or Trump campaign.

Reporting on Salute to America has already indicated the costliness of the event: the National Park Service spent $2.5 million, the Pentagon $1.2 million, and the DC government spent $1.7 million, bankrupting their security fund. These figures don’t include the $750,000 worth of fireworks donated by Phantom Fireworks, whose CEO lobbied the president on tariffs and won a reprieve.

The president also tweeted a video created by the White House featuring highlights from the event, which was subsequently retweeted by the Trump Campaign. If the campaign benefited from sharing the video or from the event in general, they could be violating campaign finance law.

CREW requested records from the Defense Information Systems Agency on the cost of filming and producing the White House video and any communications between the agency and the RNC or Trump campaign.

CREW made the same request of the Department of Defense, the Army, the Navy, the Coast Guard, the Air Force and the Marine Corps in addition to asking for any records regarding funding, gifts or donations related to the event.

Finally, CREW requested all these records from the Interior Department and National Park Service, as well as records on any documents or communications regarding Phantom Fireworks’ donation. 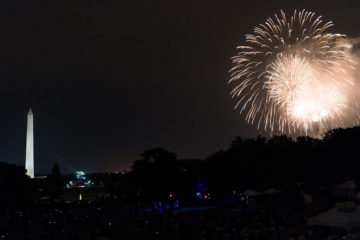 CREW requested documents from the Interior Department to establish how the donation came about and details about Interior’s use of its gift acceptance authority. 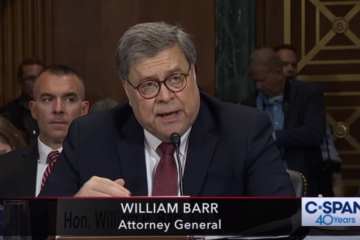 William Barr adopted Trump's unfounded claims that the FBI spied on him, which could have been passed on to lead investigator Durham