The sudden resignation of two of the Defense Department’s top technology experts for private sector jobs spark questions around their compliance with conflicts of interest rules while in office. In Pentagon chief technology officer Dr. Michael Griffin’s staff email announcing his resignation, Griffin wrote that he and his deputy were leaving together to pursue what they describe only as a “private sector opportunity.” Conflicts of interest law would have required Griffin to recuse from matters related to financial interests of a prospective employer and the public deserves to know if he did so.

Additionally, Griffin had formed Griffin Space Consulting before entering government and pledged in his ethics agreement that it would remain inactive while he was in government. If the “opportunity” involves this business, it also raises questions about his compliance with his ethics agreement.

CREW has requested any DOD recusal statements from Griffin, communications related to the “private-sector opportunity,” and scheduling of appointments for Griffin.

The requested records will reveal if Griffin was involved in activity with outside industry that would have violated his ethics agreements and whether his deputy was involved as well. The public deserves to know if Griffin’s work in space-based missile defense systems was unduly influenced by industry or consideration for future employment prospects that could have compromised his leadership. 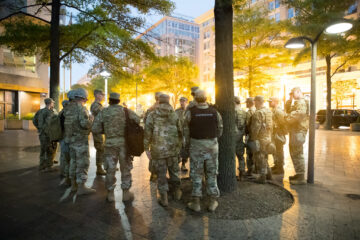 Trump’s deployment of the National Guard to the DC Trump Hotel raises concern that he is grossly abusing his power to benefit his personal business. 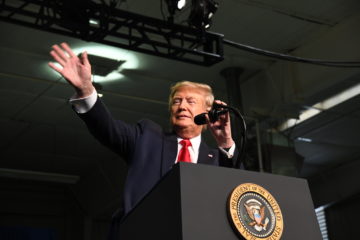 Trump playing musical chairs with IGs stripped the Pandemic Response Accountability Committee of leadership and weakened oversight of both the EPA and DOD. 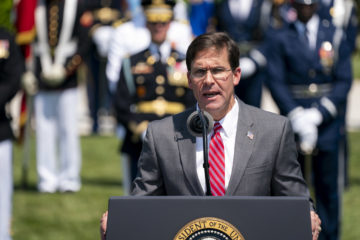 Defense Secretary Mark Esper is an ex-lobbyist for Raytheon. Under his reign, Raytheon stock prices have skyrocketed and closed at a record high.