When President Trump announced in his State of the Union address that fourth grader Janiyah Davis was receiving an Opportunity Scholarship to attend the school of her choice, it wasn’t clear where the funding would be coming from, because the proposed federal tax credit program has not moved forward in Congress. It was later reported that the funds for this particular scholarship are coming out of Education Secretary Betsy DeVos’s own personal paycheck; DeVos donates her federal salary to charity each year.

CREW requested records from the Department of Education between DeVos and DOE staff on Davis and her mom’s attendance of the SOTU, as well as communications related to DeVos personally funding the scholarship

Providing academic scholarship to needy children is a laudable goal, but Trump’s grandiose announcement and DeVos’s payment of this scholarship raise concerns that she is making a personal gift at the behest of the president for his political gain, which raises serious ethics questions. The documents requested will reveal how DeVos and the DOE identified their scholarship recipient and whether the White House put political pressure on DeVos to award it. In addition, the documents requested will reveal whether the DOE consulted with agency ethics officials before awarding this scholarship and inviting Davis and her mother to the SOTU to be recognized by the president. 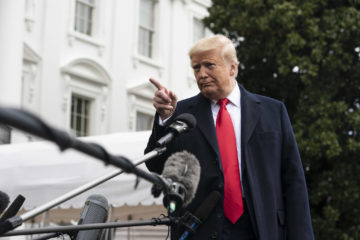 URC's cash giveaway events for black voters willing to listen to Trump supporters heap praise on the administration could have violated the law. 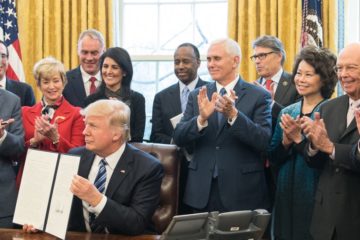 A detailed version of these five secretaries’ calendars will provide transparency and with it, the means to hold cabinet officials accountable. 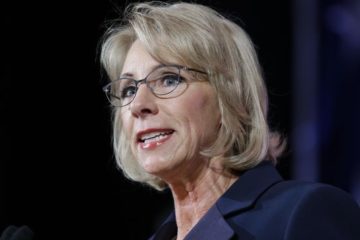 Eden Tadesse
February 8, 2018 Michigan State University has come under federal investigation for its handling of sexual assault allegations, including failure to respond to reports that former...