Update: CREW has received records back from the Federal Emergency Management Agency (FEMA). It appears that FEMA was not involved with Trump’s inaccurate tweet and the agency was not influenced by his claims about Hurricane Dorian. However, there is also no evidence indicating that Trump had any documentation from FEMA that the storm was going to hit Alabama, which casts further doubt on his claims. Review the records here: 1, 2, 3.

Following President Trump’s inaccurate claim that Hurricane Dorian was heading towards Alabama, and his refusal to acknowledge the mistake, it appears that members of the government were pressed to provide political cover to President Trump.

CREW requested records on the extent to which the government was made to ignore science in order to smooth things over about Trump’s false claim about Dorian, and to what extent different government agencies were implicated in the response. CREW also requested records from the National Oceanic and Atmospheric Administration about their response to Trump’s claims.

On September 1, 2019, while the nation was gripped with fear and concern over the path of Hurricane Dorian, President Trump issued a warning on Twitter that Alabama, among other states, could be hit by the hurricane “(much) harder than anticipated.” The local Alabama National Weather Service, responding to the false information the president disseminated, quickly tweeted that “Alabama will NOT see any impacts from #Dorian,” and further, “We repeat, no impacts from Hurricane #Dorian will be felt across Alabama.”

Trump refused to back off his inaccurate tweet, going so far as to alter an official NOAA graphic with a Sharpie pen to falsely show Alabama in the hurricane’s path. On September 6, 2019, NOAA inserted itself into the controversy, writing in a statement “the information provided by NOAA and the National Hurricane Center to President Trump and the wider public demonstrated that tropical-storm-force winds from Hurricane Dorian could impact Alabama.”

CREW requested records from NOAA, the Commerce Department, FEMA and HUD about the response to Dorian. The requested records will shed light on the extent to which their programs were involved with or hindered by the president’s inaccurate statements about the hurricane’s path in carrying out their work. 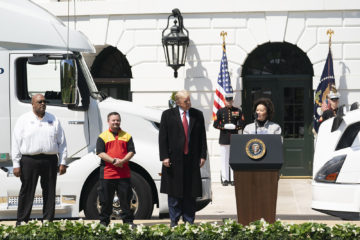 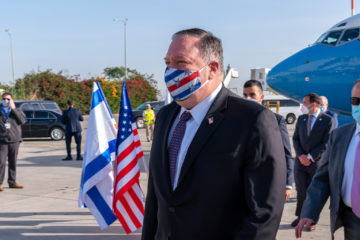 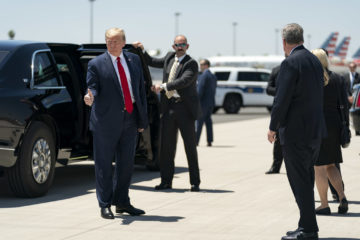 The full cost of Trump's trip to four western states in February when he stayed at his own Las Vegas hotel needs to be exposed.