When 2010 began, things were not going well for now-Rep. Ken Buck (R-CO) as he sought to represent Colorado in the United States Senate. On January 29, 2010, Buck’s campaign filed a report with the Federal Election Commission (FEC) showing he had raised just $44,676 in the previous quarter. His primary opponent, Jane Norton, reported raising $550,605.

But Buck’s fortunes would change in April 2010 when a nondescript business group calling itself Americans for Job Security (AJS) began running ads praising him as a “conservative leader[]” who was “fighting for taxpayers who’ve had it with big government spending and debt.” The statewide ad campaign, which was expected to be accompanied by direct mail pieces, would cost “significantly north of $500,000,” according to Politico.

AJS would go on to spend more than $2 million on ads benefiting Buck in the GOP Senate primary, which he ultimately won in August 2010 before going on to lose to incumbent Sen. Michael Bennet (D-CO) in the general election. Where the millions in pro-Buck spending came from was a secret, though, since as a tax-exempt 501(c)(6) organization, AJS was not required to disclose its donors.

That changed last month when AJS filed a report with the FEC detailing its contributions and expenditures between 2010 and 2012. The near-decade late disclosure is a result of a FEC complaint CREW filed against AJS in 2012 and three subsequent lawsuits that resulted in the AJS agreeing to register as a political committee due to its political spending.

As a result of that settlement, AJS submitted a report to the FEC detailing its contributions and expenditures from 2010 through 2012, revealing that the organization had received five, six, and seven-figure contributions from prominent individuals like Peter Thiel, Sheldon and Miriam Adelson, and Robert McNair as well as major corporations like Wynn Resorts, Bass Pro Shops, and Quicken Loans. The October 23, 2019 filing marked the first major release of dark money sources in the post-Citizens United era.

One of the largest donors revealed in AJS’s belated filing was construction company Hensel Phelps Construction of Greeley, CO, which also was Buck’s former employer. In all, Hensel Phelps gave AJS $2.93 million during the period of the 2010 Colorado Senate primary in three separate contributions. Several of those donations were made in close proximity to AJS spending that benefited Buck’s electoral efforts.

Like its first donation, Hensel Phelps’ largest contribution to AJS occurred in close proximity to pro-Buck spending by the dark money group. On June 15, 2010, Hensel Phelps gave AJS $1.95 million. Nine days later, Politico reported that the group was “launching a new air offensive Thursday supporting Republican prosecutor Ken Buck’s insurgent Senate bid in Colorado,” and by the end of June, AJS had spent $315,000 on ads benefitting Buck, according to FEC records. In all, in the time period between Hensel Phelps’ first contribution to AJS and its final one on August 2, 2010, AJS reported to the FEC that it spent $1.5 million on electioneering communications that named either Buck or Norton.

The FEC investigation of AJS that led to the group finally registering as a political committee and disclosing its donors also found evidence that AJS spent more on electoral advocacy in 2010 that was not reported to the FEC as either electioneering communications or independent expenditures, including in the Colorado Senate race. For instance, one of AJS’s vendors provided the FEC with “invoices for over $178,000 for mailers praising” Buck “as well as over $61,000 for mailers criticizing” Norton that were not reported to the FEC in 2010 because they didn’t meet the definition of either an independent expenditure or an electioneering communication. The FEC noted that the mailers had handwritten notations describing them as targeted to “select, registered CO voters.”

In addition to being Buck’s former employer, Hensel Phelps was a federal government contractor at the time of the contributions. As a result, the company would have been barred from contributing to AJS if the dark money group had been registered as a political committee. That may be one reason why the company contributed to a group that claimed it was not a political organization. Doing so also meant that the contributions would not be disclosed, allowing the company to avoid questions about the propriety of a federal contractor giving nearly $3 million to an organization that subsequently spent millions to benefit a candidate for federal office, as well as the potential influence the support could have had on Buck’s decision making in office if he had won.

Though AJS was not registered as a political committee when Hensel Phelps made its contributions, several of the ads AJS ran that targeted the 2010 Colorado GOP Senate primary were cited by the FEC as evidence that AJS had the major purpose of influencing elections. The FEC also cited comments AJS’s president, Stephen DeMaura, made about the race in a deposition, where DeMaura said AJS preferred Buck as a candidate over Norton and believed that his winning would help “shift the discourse” in Congress.

AJS might not have always been predisposed to prefer Buck over Norton, though. According to Peter Stone’s reporting for the Center for Public Integrity, lobbyist Charlie Black, who is Norton’s brother-in-law, met with DeMaura and AJS founder David Carney in late 2009 after Norton announced her plan to seek the Colorado Senate seat. Black told Stone that Carney suggested to him “that if any long-time donors in Colorado wanted to give Americans for Job Security large contributions that they would know what to do with it.” “If my sister-in-law wanted to send large donors from Colorado their way, the implication was that they would use the money to benefit her candidacy,” Black said.

Black told Stone that Carney’s message “sounded like it would be pushing the envelope on the rules against coordination” and nothing came of the meeting. Months later, flush with large contributions from Hensel Phelps, AJS started running ads that attacked Norton and praised her opponent, Buck.

The revelation of Hensel Phelps’ contributions to AJS is unlikely to come as a surprise to close observers of Colorado politics. Hensel Phelps’ chairman Jerry Morgensen was one of Buck’s earliest contributors in 2010 and company employees gave his campaign more than $125,000.

There were also allegations the company may have been directly putting money behind Buck’s campaign at the time as well. On May 18, 2010, Norton supporter Charles Grice, Jr. filed a complaint with the FEC against Buck, his campaign, Buck’s wife, AJS, two other outside groups, Morgensen, and Hensel Phelps, alleging illegal coordination between Buck’s campaign and the outside groups, as well as excessive contributions and illegal corporate contributions. The complaint also raised the possibility that Hensel Phelps could have violated the ban on government contractors making political contributions.

In the complaint, Grice alleged that in March 2009, as Buck was considering his Senate candidacy, he interviewed prospective campaign consultants and informed them during the interviews that “his friend Morgensen was prepared to spend up to $1 million on Buck’s anticipated U.S. Senate campaign, presumably as an independent expenditure.” Grice also alleged that Morgensen accompanied Buck to some of the interviews and “confirmed that he was planning to ‘invest’ one million dollars or more in Buck’s Senate campaign.”

One of the key facts from Grice’s complaint was confirmed by a lawyer for Morgensen and Hensel Phelps in a response to the complaint filed with the FEC in mid-July 2010. In the response, Morgensen’s lawyer conceded that “Morgensen attended one meeting in March, 2009 with Ken Buck and a prospective campaign consultant to discuss general campaign matters,” but denied that Morgensen ever made “a statement such as the one alleged above in the complaint.”

The next day, the Denver Post also reported that Morgensen was “in the room for at least one meeting in the spring of 2009 when Buck was building a campaign finance committee.” Buck told the newspaper that he remembered the meeting, but was “very certain that there was no conversation about an independent expenditure in that meeting. … The whole conversation had to do with the campaign.”

In the FEC response, Morgensen and Hensel Phelps’ lawyer also hinted that Morgensen or the company contributed to AJS. While the response flatly denied that they had “any involvement with or made any contributions to” two other outside groups, when it came to AJS, the lawyer simply asserted that “[n]either Hensel Phelps nor Jerry Morgensen are aware of how much money AJS has spent in connection with the production of television programming or educational literature.”

The FEC’s Office of General Counsel found that the facts laid out in Grice’s complaint did “not satisfy the requirements to find coordinated advertisements, an excessive bank loan, an improper candidate loan, or excessive or prohibited contributions,” including prohibited contributions by a government contractor, and thus recommended that the FEC not take action on the complaint. In December 2010, the commission voted on the case, and after failing to find reason to believe any violations occurred, closed the file.

Why AJS Eventually Disclosed its Donors

In all likelihood, that would have been the end of the story. But in March 2012, CREW filed its complaint against AJS with the FEC, alleging that the organization failed to register as a political committee in 2010 despite the fact that the vast majority of the millions it spent was aimed at influencing elections.

Though the FEC’s Office of General Counsel recommended finding reason to believe AJS’s major purpose was the nomination or election of federal candidates, the FEC deadlocked on the complaint in 2014 and closed the file. The commission’s three Republicans opposed opening an investigation by arguing, in part, that AJS’s ads addressing but not expressly advocating for or against candidates should not count in considering the group’s major purpose.

CREW sued the FEC in August 2014, challenging the commission’s dismissal of CREW’s complaints against AJS and another dark money group, the American Action Network. In September 2016, a federal judge ruled in CREW’s favor, finding that the analysis the FEC’s three Republican commissioners used to oppose action on the complaints “blinks reality” and ordering the FEC to reconsider the case against AJS. The FEC finally opened an investigation into AJS, and in September 2019 AJS finalized an agreement with the agency that it would register as a political committee and file a document disclosing its contributions and expenditures from 2010 through 2012.

With the FEC finally forcing AJS to divulge its financial supporters from its heyday of dark money political spending, the American public is just now getting a long overdue look at the interests backing the group’s efforts. As a result, nine and a half years after it first contributed to AJS, Hensel Phelps’ contributions to the group, which occurred at the same time AJS was spending heavily to boost Buck’s Senate campaign, have finally been revealed to the public. 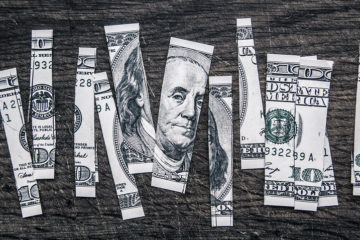 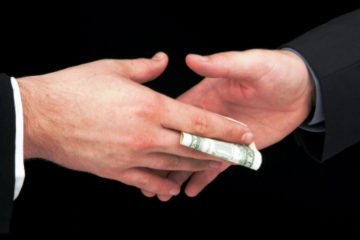 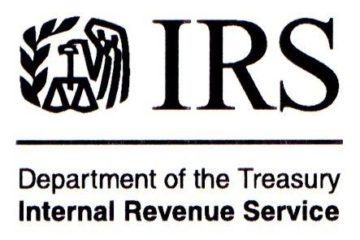 On Tax Day, Everyone Should Play by the Rules

Millions of Americans pay what they owe but the same can't be said for some groups engaged in political activity.