CREW sued the Department of Commerce over the agency’s failure to release communications between Secretary Wilbur Ross aide Eric Branstad and former Trump deputy campaign manager Rick Gates under the Freedom of Information Act. Branstad and Gates worked together on the Trump campaign. In February 2018, Gates pleaded guilty to conspiracy against the United States.

On at least one occasion, Gates reached out to Branstad on behalf of the defense firm Circinus. Commerce also failed to release those communications. Circinus was owned by Elliott Broidy, who was also a top fundraiser for President Trump. The New York Times reported that Gates considered Branstad a “contact” of his within the Department of Commerce who might be helpful in securing an endorsement from Commerce of Circinus defense work with the Romanian government. Circinus eventually secured the endorsement. Gates worked with Branstad on President Trump’s inaugural committee, and may have also contacted Branstad on behalf of other special interest clients.

CREW is suing for these records, which will shed light on how lobbyists with ties to President Trump seek influence for their clients through contacts within federal agencies, and how individuals within agencies respond to these requests. Given that Gates is involved in criminal litigation involving illegal foreign lobbying, it is in the public’s interest to understand how he advanced other lobbying interests within the Trump administration. 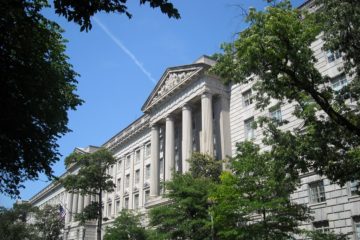 CREW sued NOAA over failure to disclose to CREW records related to questionnaires submitted to NOAA.