CREW is suing the Office of Management and Budget (OMB), the Department of Defense (DOD), and the State Department for failing to release documents in response to our October 2, 2019 Freedom of Information Act (FOIA) requests regarding the freeze of security assistance to Ukraine.

The release of a rough transcript of a July 25, 2019 call between Trump and Ukrainian President Volodymyr Zelensky showed Trump repeatedly pressuring Zelensky to investigate former Vice President Joe Biden’s son.  A whistleblower complaint released by the House Intelligence Committee around the same time noted the sudden withholding of U.S. security assistance to Ukraine shortly before Trump’s call with Zelensky. The timing of the freeze raises the alarming prospect that Trump used the security assistance in order to pressure Ukraine to investigate his political rival.

With the ongoing impeachment inquiry into Trump largely focused on Ukraine, it becomes more pressing than ever for the public to have access to any documents that explain the Trump Administration’’s withholding of security assistance to Ukraine. The requested records would shed light on the reasoning behind the multi-month freeze and how that decision was communicated to DOD and the State Department. 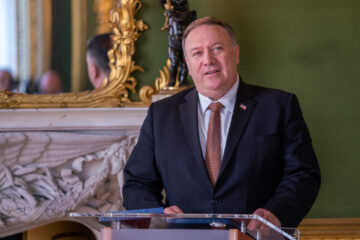 Taxpayers should know if their dollars went to funding the Madison Dinners, a series of lavish events hosted by Secretary of State Mike Pompeo. 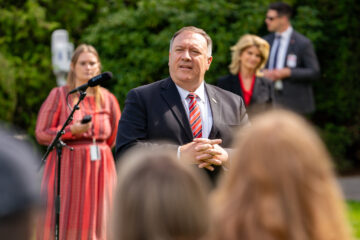 The public should know if Secretary Pompeo has politicized State's response to congressional document requests to benefit Trump's personal interests. 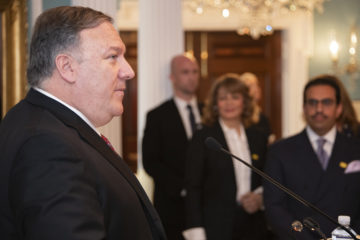 The State Department failed to turn over records about a call with Secretary of State Mike Pompeo that reportedly only allowed “faith-based media.” CREW sued.