Why the National Archives Must Respect History

In an administration that adopted the term “alternative facts” the decision of the National Archives and Records Administration to blur out from a photograph of the 2017 Women’s March pejorative references in signs to President Trump at first blush seems like par for the course. After all, this is the administration whose top weather expert, the National Oceanic and Atmospheric Administration, defended the President’s altered weather map falsely suggesting Alabama was in the path of Hurricane Dorian. The list of those agencies and high-level government officials complicit in President Trump’s lies and obfuscations grows almost daily.

But NARA’s photo alteration felt like something even more pernicious. NARA bears the responsibility of preserving our national history. One of its building houses the foundational documents of our democracy: the Constitution, the Bill of Rights, and the Declaration of Independence. Stone statues guard the building’s exterior accompanied by quotes honoring the role of history, like the passage from Shakespeare’s Tempest, “What is Past is Prologue.” So when NARA fell prey to the “alternative facts” approach, turning history from fact to fiction through the alteration of a photograph, it felt as if we were traveling further down the path to authoritarianism. The Washington Post pointed out that Josef Stalin also altered photographs by “eras[ing] comrades from historical photographs one by one as he had them executed.”

To be fair, NARA quickly owned up to its mistakes, removed the offensively altered photograph, and replaced it with the original. And the Archivist, David Ferriero, subsequently issued a public message accepting responsibility for the alteration decision and its broader implications, and promising to work to restore public trust. There is no reason not to accept him at his word; a mistake was made, he takes responsibility for it, and will work hard to ensure it doesn’t happen again.

But even accepting NARA’s apology, the incident highlights a risk we face with a critical part of our history: the records of the Trump presidency. The Presidential Records Act (“PRA”) imposes on the President and his staff the duty to create and preserve records of their actions. As CREW has alleged in several lawsuits, President Trump has violated the PRA in numerous ways and demonstrated near contempt for the importance of preserving his records. A story that emerged early on in his administration illustrates this point perfectly: the President would rip up notes and other documents, which his staff would then gather up and tape back together. Apparently, it never occurred to anyone to tell the President his actions were contrary to law, or maybe he just would not listen. More recent examples are far less benign—the President directing a translator to rip up notes of his conversation with a foreign leader or insisting on meeting with authoritarian foreign leaders with no note takers present.

Although the PRA assigns no active role to the Archivist while a president is in office, traditionally NARA has worked with the current White House occupants to ensure proper recordkeeping directives and practices and to pave the way for the eventual accessioning to NARA of a president’s records upon leaving office. The lack of any effective enforceable controls in the PRA is a gap that demands legislative attention. But for now, we must rely on whatever good will exists between NARA and the current president and the Archivist’s ability to convince a White House of the need to create and maintain records. So when NARA, purportedly with no pressure from the White House, alters a document to avoid offending the President, it raises a question of how effective NARA will be in convincing the Trump administration to preserve its records, warts and all. The Archivist and his agency quite literally may be our only hope of ensuring a full and factual record of this presidency. Their recent gaffe does not inspire confidence, but we can only hope it was a sufficient reminder to them of the power and importance of preserving and telling our nation’s truth. For our part, we will continue to work to strengthen recordkeeping laws and challenge the President’s failure to comply with those laws. 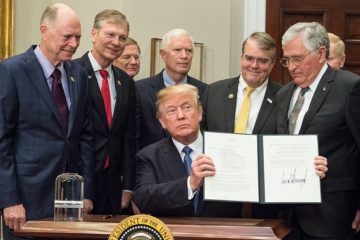 CREW has found new ways to use recordkeeping laws aggressively and shine a light on behavior that the administration would prefer to remain obscured. 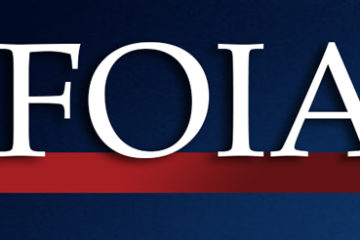