Presidential Records Must Be Preserved, from Tweets to Translator Notes

The latest reporting that President Trump confiscated a translator’s notes of at least one of his conversations with Vladimir Putin has helped fuel allegations that President Trump may be acting as a conscious or unwitting agent of Russia. These same concerns led the FBI to take the unprecedented step of opening a counterintelligence investigation into a sitting president. The shocking nature of these revelations makes it easy to overlook another pernicious problem they reveal – persistent and ongoing violations of the Presidential Records Act (PRA).

The PRA stems from a post-Watergate statute enacted in the wake of President Nixon’s claim to personally own the records of his presidency. With no law to the contrary, Congress quickly recognized the need to codify the permanent right of the American public to a departing president’s papers and the papers of White House staff that advise and assist the president.

No one can reasonably question that transcripts and notes of the five meetings President Trump reportedly has had with Vladimir Putin would be critical presidential records. Yet President Trump declined to create transcripts, met without staff present who could create notes, and seized the only document that could shed light on what the two discussed in Germany – the translator’s notes.

These documents also would have been of paramount interest to administration officials charged with formulating and implementing U.S. foreign policy, and of great historical value in explaining this moment in history and the unique relationship Trump has with Putin. But the president’s actions ensured that current officials, future historians, and the public will never lay eyes on what the two discussed. Even putting to one side the possibility that the president took these actions to cover up collusion with a foreign adversary, the president’s actions resulted in an incalculable loss of our nation’s history.

His actions are part of a larger pattern. The president has openly deleted tweets, not even pretending to comply with the law. A few months ago, it was reported that White House Advisor Ivanka Trump had used a personal email account to send approximately 100 work-related emails. This followed earlier revelations that Ivanka and Jared Kushner had set up a private email server before joining the administration that was used to conduct White House business, and that reportedly was re-routed to the Trump Organization. Other top White House officials reportedly used private email accounts to discuss White House matters including Senior Policy Advisor Stephen Miller, former Chief White House Strategist Stephen K. Bannon, former Chief of Staff Reince Priebus, and former Chief Economic Advisor Gary D. Cohn. In this, as in so many other areas, the president, his family, and top aides act as if the law simply does not apply to them.

Certainly, the era of widespread digital communications has raised vexing, new problems for a number of presidents under the PRA. During the presidency of George W. Bush, millions of emails inexplicably went missing. CREW and the National Security Archive sued and reached a settlement to restore emails from back-up tapes for the most critical periods of Bush’s presidency. And President Obama had to wrestle with the recordkeeping challenges presented by the social media platforms he favored.

President Trump began his term with almost immediate reports of White House officials sending text messages with apps that make the messages disappear as they are read. Once again CREW and the National Security Archive sued, arguing that using these secret messaging apps prevents White House officials from determining whether a particular message is a presidential record that must be preserved. The district court hearing the case dismissed the complaint and the case is on appeal.

But even with well-documented problems, the courts and Congress have few tools to address these problems. The PRA spells out the process a president must go through before destroying a presidential record, which includes giving notice to the Archivist of the United States and Congress, but the statute gives them no means by which to stop any proposed destruction short of Congress passing a law.

Courts have construed from this congressional silence an intent to vest in the president near total discretion to decide what that president will create, preserve, and destroy. When Congress enacted the PRA it clearly believed more protective measures were unnecessary; after all, would not all presidents want to preserve the records of their presidencies for posterity? Congress simply didn’t plan for a president who has no eye on history and seems to relish breaking all norms that come his way.

Congress could still act by amending the PRA to include an express and more active role for the courts, balancing a president’s need for discretion in deciding what is and is not a presidential record against the public’s ultimate claim of ownership over the papers of a departing president. Congress could include in the PRA a private right of action for groups that suffer harm when a president fails to abide by the PRA’s terms. Historians and good government groups come to mind as likely and legitimate plaintiffs that serve and advance the public interest in the records of a president. Further, Congress could vest the Archivist with greater authority to intercede when a president or his administration so openly defy the PRA.

But if Congress does nothing and Trump is left unchecked, the American public may face the irreparable loss of a huge and enormously important piece of our history. There is a lot to be shocked about these days; let’s add the PRA to the growing list of statutes proven to be an ineffectual backstop against this president. 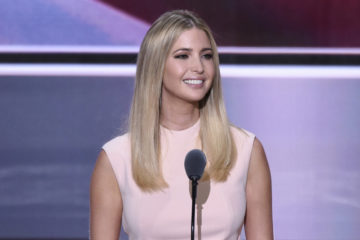 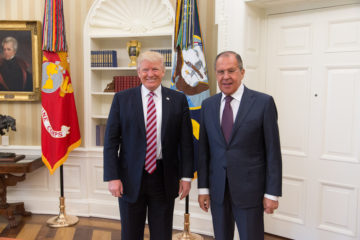 Yet Another Example of Why Transparency Matters

The Freedom of Information Act exists precisely for moments like these, when our democracy is threatened from within and without.