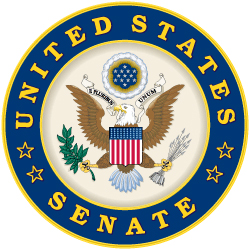 Washington, D.C. – The Senate Ethics Committee has once again failed to live up to its name and therefore earned itself a new title – Scoundrel of the Month.  To say that we have been disappointed by the Committee’s past fumbling would be a grave understatement, but the most recent miscarriage of justice involving Sen. David Vitter – a Scoundrel Alumnus – really takes the cake.

Sen. Vitter is no rookie when it comes to ethics complaints, but has nonetheless managed to evade Ethics Committee sanctions.  On March 29, the Committee found Senator Vitter’s efforts to block a pay raise for Secretary of the Interior Ken Salazar until he issued deepwater exploratory permits “inappropriate,” but declined to take further action because there is “no clear Senate guidance addressing such conduct.”  Put simply, because no senator has attempted to extort a cabinet member before, the Senate hadn’t needed to create a rule banning such conduct.

“The Ethics Committee has a responsibility to hold blatantly corrupt members, like Sen. Vitter, responsible for their actions,” stated CREW Executive Director Melanie Sloan.  “Maybe the Ethics Committee should adopt its own three-strike rule – the third time it finds a senator has done something wrong, it will actually do something about it.  It is hardly surprising that the public is fed up with Congress.”

Nominations are already being accepted for May’s Scoundrel of the Month, and are not limited to people; entities and agencies are also eligible.  Nominations are due by Friday, May 18.  Voting will begin the following week.

Learn more about the Senate Ethics Committee’s most recent fumble