Washington—Mick Mulvaney, the director of the Office of Management and Budget (OMB) and acting director of the Consumer Financial Protection Bureau (CFPB), should be investigated for misleading the Senate during his confirmation process and failing to pay debts lawfully owed by his company, according to a complaint filed today with the Senate Committee on the Budget and the inspector general of the Federal Reserve by Citizens for Responsibility and Ethics in Washington (CREW).

In his confirmation, Mulvaney represented that a foreclosure proceeding involving one of his investments was “uncontested,” but it appears that he knew that to be inaccurate. In addition, it appears that he violated his ethical obligations by taking complex, unusual, and potentially dishonest steps to avoid paying debts his company owed related to the property at issue in the foreclosure.

“As acting director of the CFPB, Mulvaney is expected to protect consumers from unfair, deceptive, or abusive practices and take action against companies that break the law,” CREW Executive Director Noah Bookbinder said. “His real estate dealings, and his apparent failure to come clean about them to the Senate, appear to be at odds with his legal and ethical requirements and run directly counter to the basic principles he is expected to uphold at the CFPB.”

Like all executive branch employees, Mulvaney is subject to standards of ethical conduct, which include a commitment to “satisfy in good faith their obligations as citizens, including all just financial obligations” and to avoid any action creating the appearance that they are violating the law or ethical standards. Since he appears to have taken extraordinary measures to protect his own interests and avoid satisfying his company’s loan obligations, he appears to be in violation of the standards of ethical conduct. Federal law also prohibits making false statements in a matter before the government, and if he knowingly provided false and misleading information to the Senate Committee considering his nomination, he may have violated that law.

“It is particularly concerning that the man in charge of managing America’s finances has these questions around his own,” Bookbinder said. “Investigations into Mulvaney’s conduct need to commence immediately.” 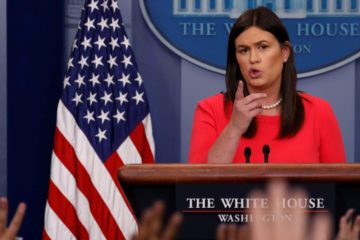 CREW’s complaints detail instances from ten Trump Administration officials who posted tweets in support of candidate Trump, in violation of the Hatch Act.