In compiling the latest edition of its Worst Governors in America report, CREW reviewed the job performance of the governors of all 50 states before identifying the 18 worst.  While laws related to ethics, open records, financial disclosure, and campaign finance vary greatly from state to state, CREW found these governors’ actions troubling by any standard.

“CREW’s research reveals many state leaders aren’t always looking out for their constituents’ best interests,” said CREW Executive Director Melanie Sloan.  “It seems some governors are more interested in what their states can do for them rather than what they can do for their states.”

The report divides governors into three tiers — those who are the worst of the lot, those whose conduct raises serious questions about their leadership, and those who engaged in some conduct troubling enough to suggest their actions merit close scrutiny.

Highlights of the report include Gov. Robert McDonnell, currently under investigation by federal and state authorities after he and his family accepted thousands of dollars’ worth of gifts from the chief executive of a Virginia dietary supplement company for touting his products;  Gov. Rick Perry, who has used multimillion-dollar state programs as slush funds to reward political allies and donors; and Gov. Rick Scott, who proposed an initiative to require drug testing for new state employees and welfare recipients — boosting the profits of a chain of medical clinics he co-founded.

In the course of its investigation, CREW noticed some disturbing trends, namely poorly crafted state ethics laws and a lack of vigorous enforcement that allow governors to abuse their offices with few or no consequences.

Sloan continued, “The problem of our elected leaders using their positions to benefit themselves, their families, and their friends goes well beyond the Capital Beltway.  Some of those named in this report could give Boss Tweed a run for his money.”

This is the second edition of CREW’s Worst Governors report.  Click here to read the 2010 report. 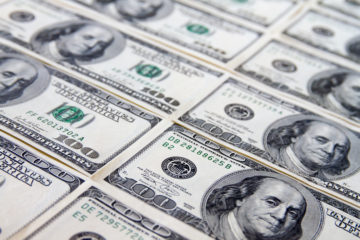