Last week, the Federal Election Commission (FEC) sent Rep. Duncan D. Hunter’s (R-CA) campaign a letter requesting information about campaign expenditures that appeared to be for personal rather than political purposes. In particular, the FEC flagged payments in 2015 totaling $1,300 to a video game company and $1,650 to a private school called Christian Unified Schools that Rep. Hunter’s children attend.

Rep. Hunter’s office responded by telling the press that the payments were all mistakes that are being fixed. According to Joe Kasper, the congressman’s chief of staff, Rep. Hunter’s son used the campaign’s credit card to sign up with the video game platform Steam Games and then, after Rep. Hunter tried to shut down the account, the company continued to charge the card. As for the payment to the school, Kasper said it was actually a donation, not a tuition payment.

Now, after the San Diego Union-Tribune raised questions about additional personal expenditures from his campaign account that have yet to be paid back, Rep. Hunter is cutting short a trip to Israel in order to address his accounting issues. In addition to the charges flagged by the FEC, the Union-Tribune identified $1,128 in “mistaken” charges to travel website Expedia, a $1,137 “mistaken” payment to the Center for Oral & Facial Surgery, and additional video game charges. Rep. Hunter pledged to pay everything back “with interest,” but could not explain why personal expenses were charged to the campaign or on whose behalf.

But questions still remain about Rep. Hunter’s accounting. A review by CREW of the Hunter campaign’s FEC filings revealed an additional instance when campaign funds appear to have been used for Rep. Hunter’s personal use and were subsequently reimbursed. In April 2015, the campaign reported three payments totaling $5,161 to the Aston Kaanapali Shores in Hawaii. The campaign apparently flagged the resort payments as inappropriate before filing its July quarterly report with the FEC, labeling them as “mistaken” charges that had been reimbursed. Two months later, on June 30, 2015, Rep. Hunter reimbursed the campaign $5,245 for “personal expenses,” an amount that roughly lines up with what the campaign paid to the Hawaiian resort.

In addition, statements by Kasper and a representative of the school, Christian Unified Schools, raise further questions about payments made from Rep. Hunter’s campaign account. Though Kasper initially told The Daily Beastthat the $1,650 to Christian Unified Schools was actually a donation that was incorrectly marked as a personal expense, Kelly Smith, the administrative assistant to the superintendent of the school, told the news website that the school had no record of Rep. Hunter or his congressional campaign making a charitable contribution in 2015. Kasper then followed up with the Beast, saying that the $1,650 payment was meant for the school’s annual sports fund, but somehow ended up in the “general fund” Rep. Hunter has with the school, which covers tuition. Kasper says the error will be fixed.

That may explain the $1,650 payment the campaign reported to the FEC as “personal expense – to be paid back,” but what about the other two payments Rep. Hunter’s campaign reported making to Christian Unified Schools in 2015? Both of them, totaling $4,500 were listed as donations, yet, according to The Daily Beast, the school claims it has no record of the campaign or Rep. Hunter making contributions in 2015. Were those also payments to the “general fund” used for tuition? Though campaigns are allowed to make charitable donations, payments for tuition would most likely be a clear example of using campaign funds for personal use, which is barred by House ethics rules and campaign finance law.

Rep. Hunter’s campaign paperwork is not the only place where errors are apparent. His personal financial disclosure forms, which are annually filed with the House clerk, appear to have contained several omissions in recent years. In particular, though Rep. Hunter’s campaign finance records show his wife, Margaret Hunter, was paid $39,000 in 2014 for “campaign consulting” and “salary,” the disclosure he filed for the year claimed that neither he nor his spouse had any “earned” income of $200 or more. Rep. Hunter’s 2011 disclosure also denies that he or his wife earned any reportable income that year, but campaign records for the year show $8,000 in payments to Mrs. Hunter in 2011 for “campaign management services.” Both Rep. Hunter’s 2012 and 2013 disclosures do properly acknowledge that Mrs. Hunter received income from the campaign, though oddly campaign finance records do not indicate that any payments were made to her in 2013.

UPDATE: According to San Diego Union-Tribune, which cited CREW’s findings, “On Monday, Hunter’s congressional office sent a letter to the House Committee on Ethics, requesting amendments to several financial disclosure reports.” Rep. Hunter’s office also said he had written almost $12,000 in personal checks to reimburse his campaign for inappropriate expenditures made in 2015 and the first quarter of 2016, including $4,935 in “event support items” and “event donation items.” The office refused to identify those “items” with any more specificity. 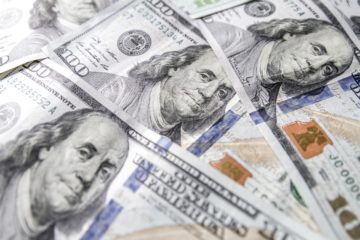 While HR 1 remains in limbo in Congress, it is important to recognize the reforms being implemented at the local level.