The Washington Post reported that the State Department spent over $15,000 on 19 rooms, totaling 56 nights, at the Trump International Hotel – Vancouver, when President Trump’s family members attended the hotel’s grand opening. The State Department supports the Secret Service in providing protection for the President’s family during international trips. On February 28, Donald Trump Jr., Eric Trump, their spouses, and Tiffany Trump attended the hotel’s ribbon-cutting ceremony and VIP party hosted by developer Joo Kim Tiah. According to the Post, the Trump Organization has a management and licensing deal with the hotel but does not own the property. 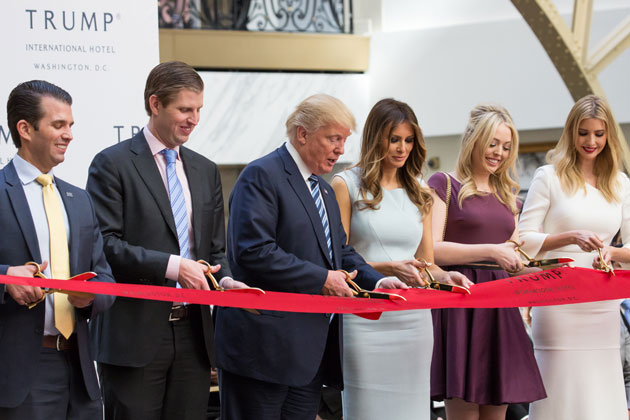