President Trump once again attended the U.S. Women’s Open at the Trump National Golf Club – Bedminster, NJ, tweeting about his appearance before he arrived. President Trump chatted with multiple golfers, including Suzann Pettersen and Lexi Thompson. At the end of the day, he tweeted a picture of himself at the tournament, captioning the image as “2017 U.S. Women’s Open – Bedminster, New Jersey.” President Trump reportedly threatened to sue the U.S. Golf Association when the site of the tournament became controversial with his rising presidential candidacy two years ago. 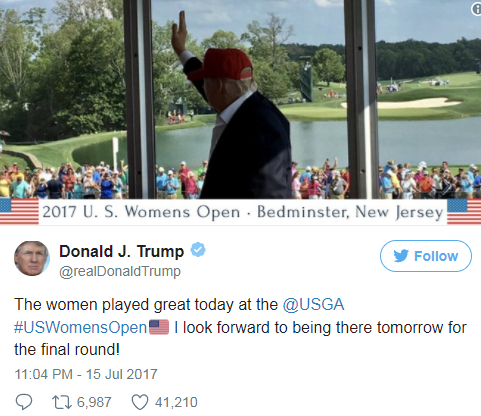