Politico Playbook reported that White House Communications Director Anthony Scaramucci was spotted outside of Trump International Hotel – Washington, D.C on the evening of July 24. Scaramucci was later spotted inside of the hotel with Rudy Giuliani, President Trump’s informal adviser on cyber security, according to an Instagram post geotagged at the location shortly after midnight on July 25. 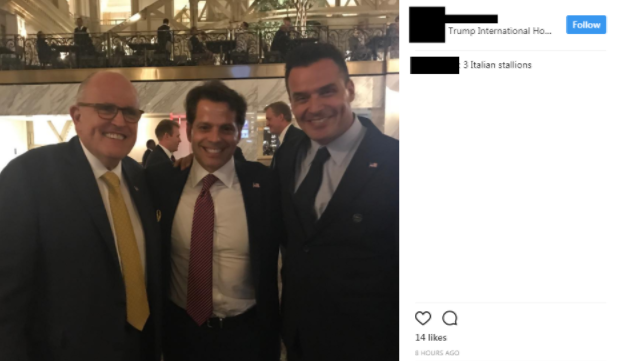