Documents obtained through a Freedom of Information Request show that the federal government paid $1,092 to President Trump’s Mar-a-Lago resort to reserve at the least one of the club’s bedroom suites for two nights in early March while the president was visiting. While who stayed in the room is unknown, “National Security Council” appears at the top of the document provided. The documents also show a combined $880.57 in federal government spending at Trump properties in Panama City, Las Vegas, and Washington, D.C. 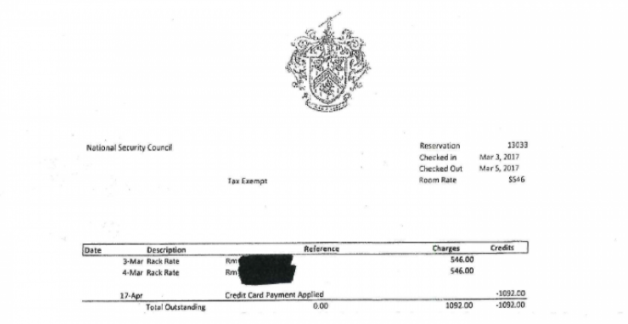