Executive Vice President of the Trump Organization Donald Trump, Jr. tweeted a picture of himself in the Oval Office of the White House. Trump, Jr. had previously told reporters that he “basically [had] zero contact” with President Trump to defend his father’s claim that a firewall had been built between his administration and his undivested business interests. 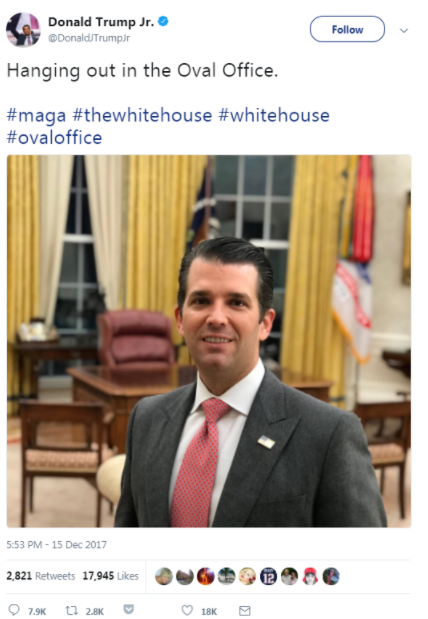