Eric Trump and Donald Trump, Jr. attended the opening of the clubhouse at the Trump International Golf Club – Dubai. Early Secret Service hotel bills for the trip surpassed $16,000. The property was developed by Hussain Sajwani, who attended President Trump’s inauguration and offered President Trump a new $2 billion deal after he was elected, which the president says he rejected, claiming he “didn’t have to turn it down.” 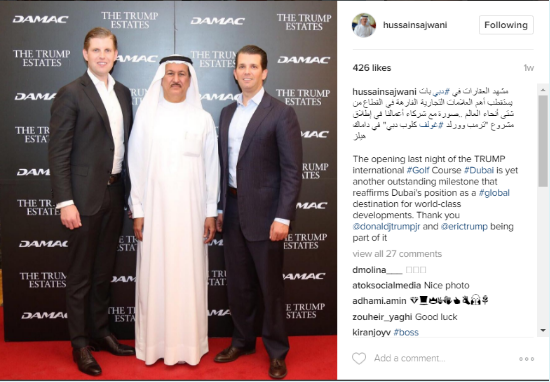