Donald Trump, Jr. attended President Trump’s speech at the the National Rifle Association (NRA)’s 2017 annual meeting and was interviewed by NRATV at the event before the speech. Mr. Trump, Jr., who was supposed to be a “conduit” between President Trump’s Second Amendment coalition from the campaign and the Trump administration, said he was planning to “go see all [his] industry buddies” after his father left. He also noted that the NRA’s support for President Trump in the election “maybe had to do with my relationship with [Executive Director of the NRA’s lobbying arm] Chris [Cox].” 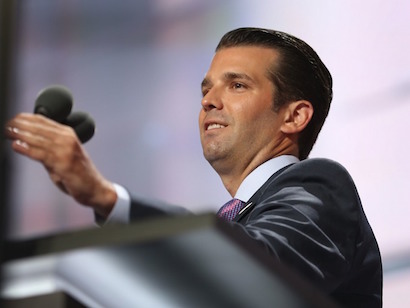