Hussain Sajwani, a billionaire United Arab Emirates developer and long-time partner of the Trump Organization, posted a picture on Instagram of him and Donald Trump, Jr. while the latter was visiting Dubai, writing that he and Trump, Jr. discussed “new ideas.” In April, Sajwani’s company reported plans for a new “luxury boutique hotel to be operated by the Trump Organization” in a regulatory filing. The filing reflects language used in earlier filings. Before President Trump was sworn in, he promised that the Trump Organization would not make new foreign deals during his tenure in office. 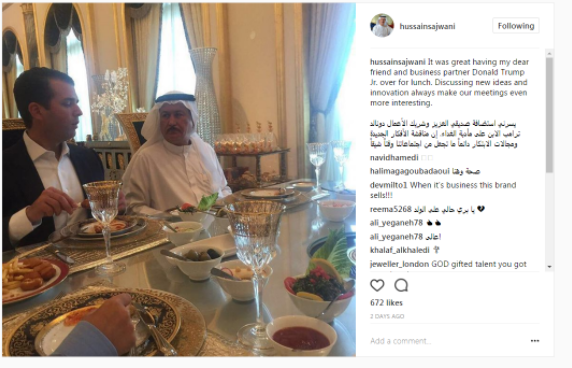