Special interest paid Trump’s resort $700K while lobbying him. Then they got something they wanted.

The Air Conditioning, Heating and Refrigeration Institute (AHRI), a trade group that lobbies on behalf of heating and cooling product manufacturers, paid President Trump’s Trump National Doral resort near Miami $700,650 for its Annual Meeting event in 2017, according to the group’s tax return for that year. The form provides a rare look at what special interests pay—and how much the president rakes in—when they hold events at Trump properties.

The giant payment coincides with ramped up lobbying spending by the AHRI in Washington, DC including lobbying the White House around the time of the event. The timing of the event is conspicuous because less than two weeks after the November meeting, the Trump administration announced its support for a policy the AHRI had lobbied in favor of.

While the Trump administration has been generally hostile to environmental regulations, going as far as pulling out of the Paris Climate Accord, his administration has shown one environmental regulation support. The AHRI’s lobbying disclosure report covering the fourth quarter of 2017 includes lobbying “President of the U.S.” on environmental issues. One of two policies that was lobbied on in that issue area was, “Supporting the U.S. ratification of the Kigali Amendment to the Montreal Protocol,” an Obama-era policy that sets a timeline for phasing out the use of a greenhouse gas commonly used in refrigeration. The AHRI has argued that the policy would create manufacturing jobs and lead to more U.S. exports, and they’ve lobbied in favor of it during each quarter of the last three years.

On November 23, 2017, a State Department official announced—in the “most explicit and public” terms to date—that the Trump administration would support the policy. The next day the AHRI tweeted its support for the announcement.

While there are many reasons the Trump administration may have announced its support for the policy, for a group to pay the president hundreds of thousands of dollars through his private business while lobbying him presents an appearance issue. President Trump is the only modern president not to divest from his business interests while in office and continues to own and profit from the Trump Organization while serving as president.

Since President Trump took office, special interest groups have flocked to his properties for lavish events, often while seeking access or influence with the Trump administration. According to tracking by CREW, special interests have hosted or sponsored 120 events at Trump properties since President Trump took office. The amount AHRI paid the Trump resort suggests that spending by groups like these has a real impact in terms of propping up his businesses. However, tracking spending from groups like AHRI is difficult because such groups’ annual tax returns only have to list the top five vendors paid more than $100,000—meaning that if Trump’s businesses rank sixth or lower, the payments will not be reported.

The AHRI’s tax form shows what a windfall these events can be. The AHRI’s event appears to have been big. According to a sponsorship brochure, more than 600 people were expected to attend. They also booked premier space: on day two of the conference, a panel on topics that included policy and government affairs took place in the resort’s Donald J. Trump Ballroom, according to an agenda found online.

Despite the 2017 announcement that his administration would support the Kigali Amendment, a lack of follow through by the administration has left it hanging in the balance. The White House  needs to submit the climate change deal to the Senate for ratification, but it has not done so leaving one of the AHRI’s major advocacy goals unaccomplished.

In the meantime, the AHRI has made plans to return to Trump’s pricey resort for its “Leadership Forum” event that also includes a “Sector Leadership Council” meeting in 2021, evidently signalling that the groups thinks the hefty price tag was money well-spent. 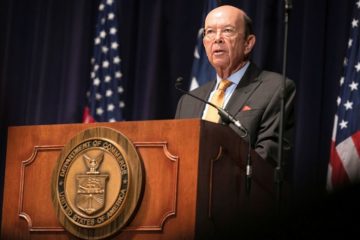 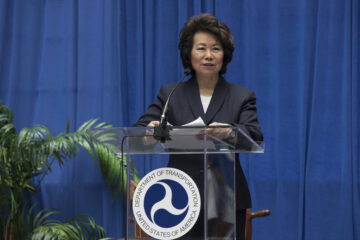 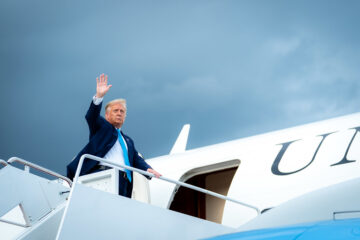