CREW recently received documents from the Army that include a contract, signed in late November 2018, between the 4th Battalion of the 3rd U.S. Infantry Regiment of the United States Army and the Trump hotel in Washington for an event in February of this year. The contract required the battalion to pay the hotel a minimum food and beverage fee of $26,000, as well as other charges likely adding up to several thousands of dollars more, though a spokesperson for the battalion has claimed these payments were later reimbursed.

The contract confirms that the Trump Organization appears to be making limited efforts to identify some payments from foreign governments, as it has said it would do. The contract also indicates, however, that when it comes to the Domestic Emoluments Clause—a constitutional anti-corruption measure that prohibits the President from receiving payments from federal and state governments—the hotel does not appear to be taking the same precautions.

President Trump’s decision to retain his expansive personal holdings while in office has caused thousands of conflicts of interest. This contract provides a rare insight into how the Trump Organization has sought to address these internally. It shows these efforts are lacking.

Eric Trump has said that the Trump Organization bills the U.S. government “at cost.” This term does not, however, appear in the contract received by CREW. Since the battalion has said that all of this event’s costs were ultimately covered by money raised through the event, it may or may not have been billed at a discounted rate.

The final section of the contract contains a box to be checked “[if] this event/Client is being contracted by (i) a department or agency of a foreign government, (ii) a foreign embassy, (iii) a foreign political party, (iv) members of a royal family, or (v) a sovereign wealth fund.” This language, presumably standard for Trump hotel event contracts, matches the Trump Organization’s claims regarding how the company would keep track of unconstitutional payments from foreign governments for events held at Trump properties.

Notably missing from the contract, however, was a similar option to mark payments from United States government sources—despite the Constitution clearly stating that outside of his or her salary, the president “shall not receive… any other Emolument from the United States, or any of them.”

This is concerning because the President has an obligation, under the Constitution, to refuse payments to his business from the U.S. government, similar to the restrictions the Constitution places on foreign government payments. Despite this, the company only seems to be keeping track of the latter when it comes to event contracts.

After its February ball, the 4th Battalion’s director of communications stated that “no government funds” had been spent on the event, and that the ball had been “funded through ticket sales and fundraisers that some of the soldiers did internally.” Despite this, the contract shows that two initial deposits were paid by the regiment to the hotel prior to January 9, the day that ticket sales for the event began. So apparently the battalion put up government funds for the event before being reimbursed via ticket sales and private fundraisers. 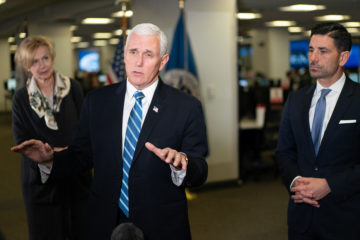 President Trump’s failure to appoint permanent watchdogs at agencies has created a significant void in the fight against coronavirus. 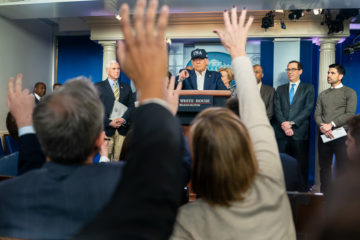 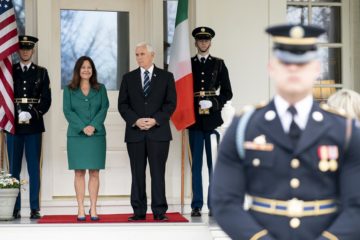