This election cycle, members of Congress are leaving office or announcing their retirement in droves. But just because these members are not running for reelection doesn’t mean they aren’t continuing to spend campaign cash. Here are six surprising ways departing members of Congress have spent campaign funds.

Rep. Raul Labrador (R-ID) announced that he would not seek re-election on May 9, 2017, opting to run for governor in Idaho instead. Four months later, his campaign committee reimbursed Rep. Labrador for $847 spent on “Lodging” and “Food and Beverage” expenses related to “Travel” at The Breakers, a five-star hotel in Palm Beach, Florida. It’s possible the expenses were incurred prior to Rep. Labrador’s May announcement, though there’s no indication that’s the case. Rep. Labrador did visit The Breakers in March for an economic conference hosted by the Club for Growth, but the trip was paid for by the conservative group. Rep. Labrador reported to the House Ethics Committee that he extended the trip by one day, but said he did so at his personal expense. 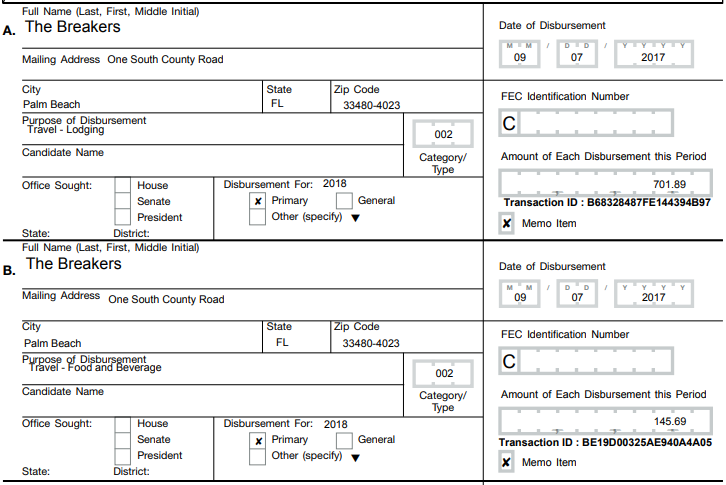 Reps. Gene Green (D-TX),  Jimmy Duncan (R-TN), and Dave Reichert (R-WA) all made $2,000 expenditures from their campaign committees to The Congressional Club after announcing they would not seek reelection. The Congressional Club is a social club for family of members of Congress, Supreme Court justices, and members of the Cabinet. $2,000 is the cost of a lifetime membership to the club. Rep. Green, who made two $2,000 expenses to the club, described the expenses as “Life Membership Dues – Daughter” and “Life Membership Dues – Son.” 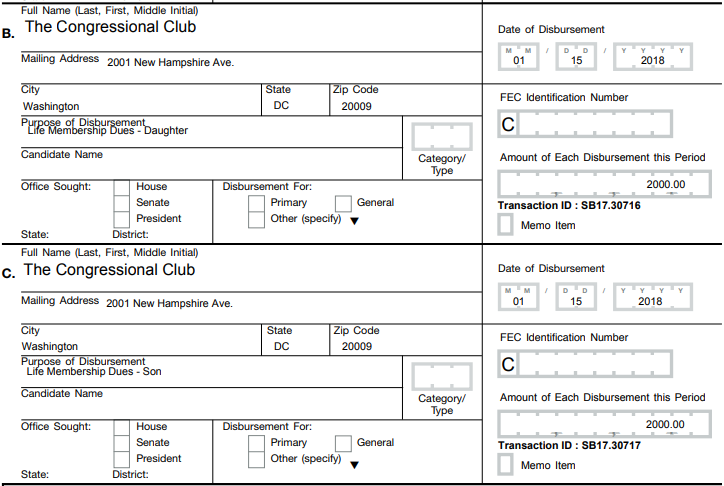 Rep. Jeb Hensarling (R-TX) announced in October that he would not seek reelection. He’s giving one of the candidates seeking to replace him more than an endorsement on his way out. In February, Rep. Hensarling’s campaign committee contributed $20,000 to a super PAC backing his former campaign manager, Bunni Pounds, in her bid for his seat. Hensarling endorsed Pounds in November 2017. The support of the super PAC, Fight for Tomorrow, wasn’t enough to get Pounds the nomination, however. She lost the Republican primary in a runoff.

Former Rep. Jim Bridenstine (R-OK) was nominated to the top post at NASA on September 1, 2017. Ten days later, his campaign paid a $1,400 expense to a minor league baseball team, the Tulsa Drillers, for “Event Tickets,” though the expense may have been incurred before his nomination. Individual tickets for games this season do not cost more than $36. $1,400 is, however, the exact price of a five-year pass in the highest tier of seats. Rep. Bridenstine was confirmed by the Senate to lead NASA on April 19.

Former Rep. Pat Tiberi (R-OH), who announced that he would resign in October and did so in January, threw himself farewell parties in Ohio and Washington, DC using campaign funds. The campaign paid $54,977.05 for “Farewell party” and “Farewell event” expenses, including $1,160 paid to the Ohio State University Marching Band for “Band for OH Farewell Event.” These expenses were first reported by the Columbus Dispatch.

Legal fees are often a major expense category for lawmakers embroiled in scandal. For example, committees controlled by retiring Rep. Bob Brady (D-PA) paid law firms more than $200,000 this election cycle as he fought against allegations he was involved in a payoff to a past electoral opponent. Dogged by the charges, Rep. Brady announced he would not run for reelection. A week later, Rep. Brady’s campaign footed a bill related to another alleged infraction, though this one much less severe than bribery. The campaign paid a $100 expense to the District of Columbia for “Traffic Ticket.”

Members of Congress are given wide latitude with how they can spend campaign funds, so none of these expenditures necessarily runs afoul of spending rules. Still, campaign contributors who thought their money would be spent on reelection might be surprised to find out they’re footing the bill for marching bands, traffic tickets, lifetime club memberships, and baseball tickets. 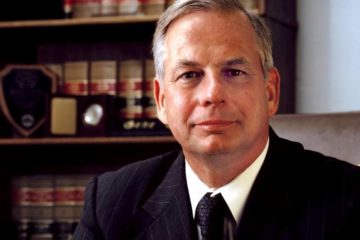 Rep. Gene Green has a history of using campaign funds to pay for lavish and seemingly personal expenses for himself and his family.