Donald Trump and his pick for secretary of agriculture, Sonny Perdue, have two things in common: their prevalent conflicts of interest and their past refusals to sufficiently divest from them. The former Georgia Governor is reportedly close to being confirmed to his new role in the Trump administration. Perdue’s nomination follows in a long line of ethically questionable nominees streaming into the White House — and the American people deserve more.

Before Donald Trump began using the “drain the swamp” rallying cry, Sonny Perdue was the drain the swamp candidate. “My first goal as governor is to restore public trust in state government by changing the culture of state government. Our form of government depends on a mutual bond of trust between the people and their government. But people have become cynical about their government,” Perdue stated at a leadership conference in Kennesaw State University in 2003. Unsurprisingly, Trump has chosen Perdue to serve in his administration, as secretary of agriculture. Following in a long list of controversies with Trump’s administration picks, Perdue’s nomination comes with questions of conflicts of interest and ethics.

Perdue’s history of conflicts of interest is long. During his eight years in office as Governor of Georgia, Perdue became the target of criticism for his failure to divest from his personal farming businesses. His personal lawyer, who also served as a state legislator, pushed a bill that included a provision which, coincidentally, gave Perdue $100,000 in state tax relief. Before he left office, Perdue met with Georgia officials to discuss the potential use of a state port for his own family business.

Most problematic, when he took office in 2003, Perdue immediately signed an executive order that established a new code of ethics for all executive branch officers and employees because, as the order put it, “in order to maintain the public trust, it is essential that the government function in a manner consistent with the highest ethical standards.” But by the end of his tenure as governor, he ended up receiving at least $25,000 worth of benefits and gifts from special interests. Thirteen complaints had also been filed against Perdue with the State Ethics Board, and ultimately he was fined while still in office.

In 2005, when the State Ethics Commission fined Perdue for failing to report campaign-related use of an airplane owned by a family business, and for accepting campaign contributions from several donors that went over the state limit. But Perdue’s conflicts of interest go beyond inappropriate use of campaign funds. A Politico report on Perdue’s list of appointments showed that he gave more than a dozen positions to business associates and campaign donors. He also gave his staff special opportunities within his own businesses after he left office.

Perhaps in some acknowledgement of his ethically troubled past, Perdue agreed to put his assets in a blind trust if given the secretary of agriculture post. While this is a step in the right direction, the extent of his past ethical issues warrants a further discussion. Congress should take a good look at his history of conflicts to ensure that he is able to take the lead of a $150 billion agency without letting his personal interests get in the way. 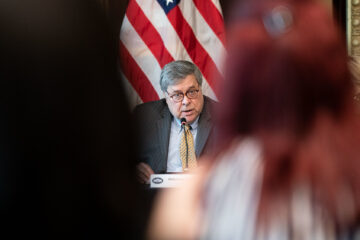 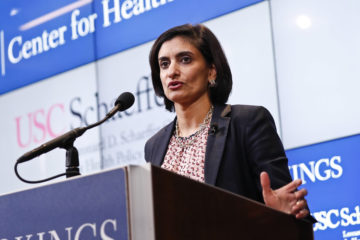