The 60 Plus Association, a dark money non-profit with ties to the Koch brothers’ political network, presents itself as “a non-partisan seniors advocacy group” that acts as a conservative answer to the AARP. But the organization also has a reputation for renting out its services to run political and advocacy campaigns for private interests under the veneer of standing up for senior citizens.

The latest evidence of this mercenary business model comes from court documents obtained by CREW indicating that the group received at least $60,000 from Alabama Power, a major electricity provider, in 2014. That year, 60 Plus paid for a robocall endorsing the opponent of an Alabama Public Service Commissioner who had sought a formal review of the rates Alabama Power charges customers. 60 Plus also ran radio ads focused on “utility rates in Alabama” in 2013 and published op-eds and letters on the subject.

The apparent payment, which was revealed in handwritten notes filed as part of a recently resolved lawsuit between leaders of the conservative seniors’ organization, appears to confirm longstanding suspicions that Alabama Power was funding 60 Plus’s efforts in the state. A spokesperson for Alabama Power previously denied to Bloomberg that it had directly supported candidates for the public service commission, but did not rule out indirect funding through non-profits. It’s unclear whether Alabama Power directly gave the $60,000 referred to in the document, or routed the contributions through other non-profits. At least two Alabama-based organizations, Peoples Alliance for Leadership and Vote Alabama, disclosed grants to 60 Plus in 2013 and 2014. Like 60 Plus, these groups do not disclose donors, so it is unknown if they were funded by Alabama Power. The executive director of Peoples Alliance for Leadership, however, has worked as a lobbyist for the company.

Alabama is not the only state where 60 Plus has spent money to influence utility regulators while taking money from a utility company. In 2013, the organization launched a project called Arizona Solar Facts set up to attack the solar power industry in the state. After initial denials, representatives of the Arizona Public Service Co., the largest utility in the state, admitted that the company had funded 60 Plus, along with another non-profit, through consultant Sean Noble. Noble and 60 Plus have a long history of working together, including on political ads during the 2010 elections that resulted in 60 Plus paying a $50,000 fine to the Federal Election Commission. The fine was the result of a complaint filed by CREW.

Noble’s name as well as that of his consulting company, DC London, also appear on the court document, which is a “vendor balance summary” from the beginning of September 2014. DC London was listed next to a sum of $2,250, the balance apparently due to the firm for that period. It was already known that DC London did work for 60 Plus in 2014 as the portfolio on the firm’s website lists two ads that the company produced for 60 Plus targeting candidates in Arizona during the 2014 election. Arizona campaign finance records also show the group paid the company at least $27,972 that year.

Noble’s name is listed in a section of the court document that appears to be for “outstanding” contributions that 60 Plus had yet to receive, with $50,000 written, but crossed out and replaced with “20k.” The changing amount also appears to be reflected in the handwritten notes with an entry right above Alabama Power that says, “Sean – 50k – 20K?” 60 Plus has been a major recipient of money from a non-profit run by Noble, receiving $529,000 in 2013 and $1.845 million in 2014.

The vendor document offers additional insights into 60 Plus’s financial connections. The scribbled notes, for instance, also reference what appears to be “My Wireless.org – 10K.”  MyWireless.org, a wireless telecommunications industry non-profit, disclosed giving $10,000 to 60 Plus on its 2014 tax return. Elsewhere, “Peabody – 15K” is written. Bankruptcy documents recently revealed that 60 Plus was one of Peabody Energy’s creditors.

The National Mining Association and Akin Gump, a major lobbying firm and a law firm, are both listed for $15,000 under the “outstanding” section. For its part, the mining trade group’s 2014 tax return does not list any payments to 60 Plus. Akin Gump’s name is also included in the handwritten notes next to “15K” and what appears to be the name “Ryan Ellis,” which matches the name of an Akin Gump lobbyist. The name “Foster” is also included in the notes section, written next to a phone number that matches one associated with Foster Friess, the Republican mega-donor with ties to the Koch brothers’ political network. No dollar amount is listed next to Friess’s contact info.

The largest debt listed on the balance sheet is $42,500 to Direct Response Group, an Arizona-based firm that has handled direct mail and telemarketing services for 60 Plus in the past. The payment to Direct Response was apparently handled “via DCI group,” according to a note next to the entry. The DCI Group is a public affairs firm known for working with controversial clients and practicing “political dark arts.” It is unclear exactly what services the DCI Group paid Direct Response for on behalf of 60 Plus. The New York Times reported last December, however, that 60 Plus had been recruited by the DCI Group to wade into the lobbying battle over Puerto Rico’s debt. In April 2015, 60 Plus launched a campaign opposing the use of Chapter 9 bankruptcy protections for Puerto Rico, which continues to this day under the banner of Mainstreet Bondholders.

Another document released as part of the lawsuit, a February 2015 memo sent by 60 Plus founder Jim Martin to top members of the organization about his plans to transition out of a full-time role with the group, provides additional details about 60 Plus’s relationship to corporate interests. In a description of his schedule in the weeks ahead, Martin described events with Murray Energy CEO Bob Murray and a media tour “sponsored by the National Mining Association.”

Martin also detailed a proposed “Senators Salute to the 60 Plus Association and Spokesman Pat Boone” that he hoped would include “a dozen or so” senators as well as prominent non-office holders who would be “committed to helping raise significant donations.” Former Mississippi Gov. Haley Barbour had already promised to participate in the event. “To get a dozen or more Senators and others signed on and to solicit corporate sponsors is a major project,” Martin wrote. His ultimate goal was to “leave the Association with several added funding sources.”

Martin’s memo proudly describes how 60 Plus “developed from a single employee turn-key enterprise to a national senior-rights organization with approximately 7 million supporters” over the course of more than two decades. It’s hard to escape the impression, however, that the group’s growth, at least financially, was built on acting as a gun-for-hire, willing to fight on behalf of moneyed interests in exchange for contributions.

See additional documents from the 60 Plus Association lawsuit here. 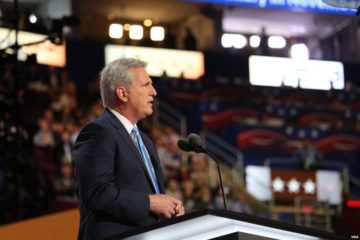 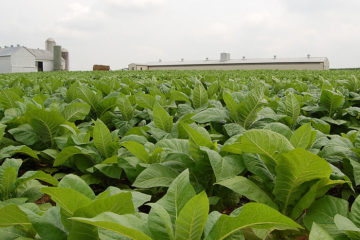 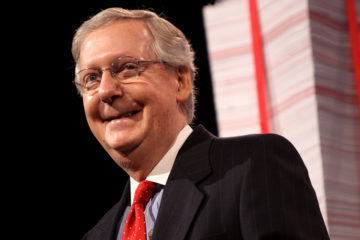