Update: CREW has received records from the Department of Homeland Security. Review the records here: 1, 2, 3, 4, and 5.

On January 13, 2017, then-DHS Secretary Jeh Johnson announced that DHS had selected 31 proposals to support local efforts to counter violent extremism to receive $10 million in grant funding appropriated by Congress in 2016. Only two of these projects were aimed at countering white nationalist groups: Life After Hate, founded by former white supremacists who have renounced the racist ideology, was awarded $400,000 to assist individuals seeking to leave hate groups, and the University of North Carolina at Chapel Hill was awarded $900,000 to counter-jihadist and white supremacist recruiting. Shortly after President Trump took office, then-DHS Secretary John Kelly ordered a review of the Countering Violent Extremism (CVE) task force, including a “re-vet” of the groups that had already been selected to receive funding.  When DHS published a new list of award recipients on June 23, 2017, neither Life After Hate nor UNC- Chapel Hill was included.

Prior to joining the Trump Administration, Katharine Gorka, currently Adviser to the DHS Office of Policy, and formerly Adviser to the DHS Chief of Staff’s office was highly critical of the DHS Countering Violent Extremism (CVE) Task Force, and proposed limiting its focus on radical Islamic extremism, rather than white supremacist groups. Yet, in May 2017, DHS and the FBI warned that white supremacists “were responsible for 49 homicides in 26 attacks from 2000 to 2016 […] more than any other domestic extremist movement.” Nevertheless, the following month, DHS revoked the only two CVE grants intended to counter white supremacist groups.

The requested records would shed light on the decision by DHS to revoke funding for programs aimed at combatting white supremacist groups only months prior to a fatal attack at a rally staged by white nationalists, during which a counter-protester was killed by a man participating in the rally. 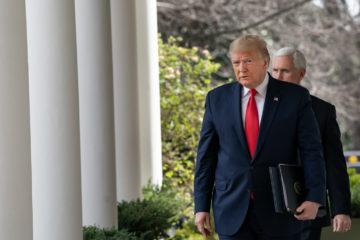 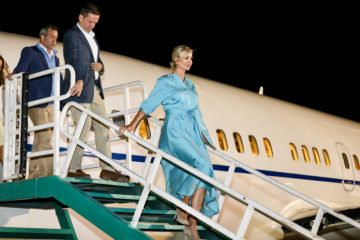 Jared Kushner and Ivanka Trump chose to ignore public health guidance, and put others at risk in the process. 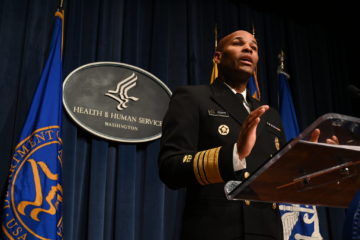 The public deserves to know if Trump is using the coronavirus to push for legal changes that would advance his own anti-immigrant agenda.