The daughter of President Trump’s business partner is being considered by Indonesian President Joko Widodo for a cabinet-level position in the Indonesian government. If selected,  Angela Tanoesoedibjo’s appointment would create the potential for another international conflict of interest for President Trump, who refused to divest from his businesses prior to entering office or since. The President already has several business partners around the world with close ties to foreign governments.

President Widodo was reelected this spring. Shortly after, Angela Herliani Tanoesoedibjo’s name was floated to him by a political party official as a potential cabinet minister appointee. Last week, a rumor circulated on social media that she had been selected. The business partner, Hary Tanoesoedibjo, and Vice President Ma’ruf Amin both declined to confirm the rumor. Nevertheless, local publications have reported that the rumor of her selection was enough to raise the stock price of Tanoesoedibjo’s company, MNC Corporation.

Also this week, Tanoesoedibjo told Indonesian press outlets that Donald Trump Jr. will be making a trip to Indonesia later this summer to meet with MNC Group officials to discuss two Trump-branded developments the MNC Group is building in Bali and West Java. According to Tanoesoedibjo, the trip will consist of a press conference to “pre launch” the developments. Announcing the visit, Tanoesoedibjo referred to Donald Trump Jr. as the first child of President Trump.

President Trump’s international businesses span the globe, and several involve close partnerships with foreign governments. For example, Argentina’s Minister of Finance was involved in purchasing the land on which a Trump-branded tower is being built in Uruguay prior to entering the government. The developer of Trump’s resort in the Philippines was similarly appointed to a special envoy to the United States position right before Election Day 2016. If Angela Tanoesoedibjo is appointed to the Indonesian president’s cabinet, it would represent another example of President Trump’s conflicts with foreign officials through his businesses. These ties are one reason why CREW and other government ethics experts remain concerned that President Trump ignored recommendations that he divest from his business before taking the oath of office.

Even according to President Trump’s low standard for potential conflicts of interest, the two Trump developments in Indonesia seem especially problematic. For example, a construction company in which the South Korean and Saudi governments have ownership interests has been contracted to build one of them. A Chinese state-owned construction company has additionally signed on to work on the other one, though it’s not clear in every case whether these companies will be working on the Trump-branded parts of these developments.

President Trump’s relationship with Hary Tanoesoedibjo seems to pose additional conflicts. The two first partnered in  2015 to develop two luxury resorts in Bali and West Java; some parts of each will be branded and managed by the Trump Organization. Since then they have appeared to mix their business with politics. In the months leading up to the 2016 election, Tanoesoedibjo introduced the future president to a host of Indonesian politicians. He even attended Trump’s inauguration ceremony. In May 2019, Tanoesoedibjo purchased the President’s Beverly Hills mansion for $13.5 million. If his daughter is appointed to a senior position in President Widodo’s government, the potential for even more conflicts of interests arising from President Trump’s foreign policy towards Indonesia is even higher than it is now.

Both President Trump and Widodo attended the G20 Summit in Osaka, Japan, where they spoke on Friday. To date, there is no news on whether Angela Tanoesoedibjo’s rumored appointment has moved forward. 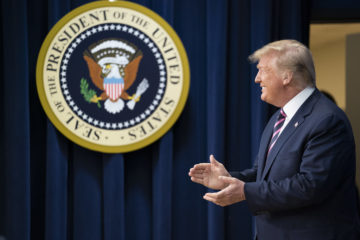 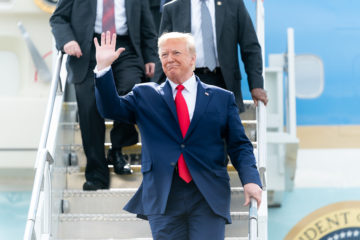 Angela Tanoesoedibjo was appointed today to serve as Deputy Minister of Tourism and Creative Economy in the Indonesian government. 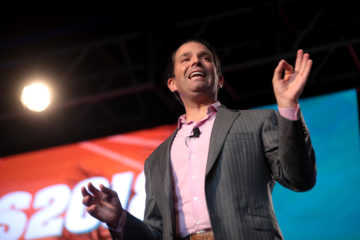