Update: CREW received heavily redacted records from the Office of Government Ethics indicating the White House had instructed Jared Kushner to divest from Cadre or be unable to perform his official duties. CREW has filed an appeal for the unredacted documents and the 32 withheld pages. Read our analysis here, appeal here (exhibits A, B and C).

CREW received the certificate of divestiture issued to Assistant to the President Jared Kushner for Cadre, a “real estate crowdfunding platform.” It is unclear why Kushner divested from Cadre now, after years of having a conflict of interest related to his ownership of the stock, the value of which skyrocketed while he worked in the government. Now he will be able to defer paying capital gains taxes on the income he made as a result of the sale.

CREW filed a Freedom of Information Act request to the Office of Government Ethics for any communications on Kushner’s interest in Cadre and the process of his divestiture.

Subject to certain limitations, the certificate of divestiture, issued by OGE on February 26, 2020, will allow Kushner to indefinitely defer capital gains tax treatment on the proceeds of the sale of those assets now worth between $25 million and $50 million.  The certificate of divestiture covers almost 2.5 million shares of Quadro, which does business as Cadre. These Cadre shares, which were initially reported to be valued at between $5 million and $25 million have increased in value during his time in government.

Beginning in July 2017, CREW raised questions with OGE about Kushner’s initial failure to properly disclose his ownership interest in Cadre and urged OGE to take appropriate action to eliminate Kushner’s potential conflicts of interest. In January 2019,  CREW filed a  complaint alleging violation of the criminal conflicts of interest law 18 U.S.C. § 208 as a result of Ivanka Trump’s participation in the Trump Administration’s implementation of a new tax law authorizing Opportunity Zones program in which Cadre was invested.  As her spouse, Kushner’s financial interests are imputed to Ivanka Trump under the criminal law.

Read the certificate of divestiture here. 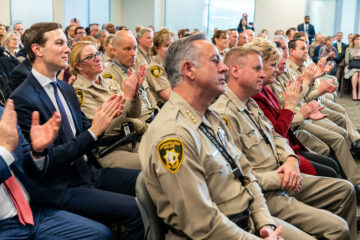 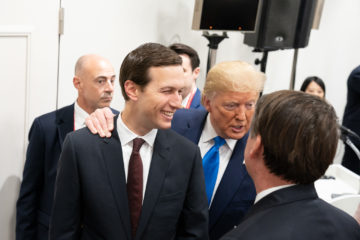