CREW sued the General Services Administration (GSA) on September 4, 2018 for its refusal to disclose records about its decision to cancel the procurement of a new FBI headquarters. The sudden and unexpected cancellation of the GSA’s “procurement for the new FBI headquarters consolidation project,” announced on July 11, 2017, raised questions about the motivation for cancellation of the project as well as questions about President Trump’s personal involvement and stake in the project. CREW filed a FOIA request for records about the decision on July 30, 2018, and has since been provided no determination or status update on the request.

The cancellation of the planned move of the FBI Headquarters generated criticism and controversy from experts and government officials. Members of Congress described the cancellation as “putt[ing] America’s national security at risk,” and local Washington D.C. officials commented on the significant amount of “time and energy wasted.” Furthermore, the GSA has expressed concerns “that the building can’t be rehabilitated particularly given the security requirements[.]” Renovating, rather than moving the headquarters  as originally planned is expected to cost significantly more than relocating the FBI to a more secure location where virtually the entire staff could be housed. Confusion about the change of plans, and the significant cost differences raise serious questions about the real motivation for cancellation of the move.

Revelations about President Trump’s unusual involvement and desire to oversee the details of the project raise questions about the intensity of his interest. Trump reportedly hates the brutalist style of the building’s architecture, and wants to treat the renovation of the headquarters like a Trump Organization project. However, keeping the FBI headquarters in the same location may appeal to President Trump because commercial buildings likely would have replaced the headquarters, increasing competition for the nearby Trump Hotel.

On July 30, 2018, CREW sent a FOIA request to the GSA seeking records to assist the public in evaluating the merits of the renovation. To date, GSA has neither provided CREW with a determination on its request, nor provided CREW any information on the status of its request. CREW therefore has exhausted all applicable administrative remedies with respect to its July 30, 2018 FOIA request. CREW also sued the GSA earlier this year for its refusal to disclose records related to another FOIA request regarding the decision to cancel the FBI headquarters project. 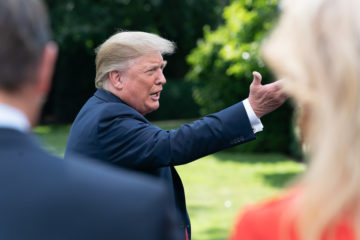 The requested records are crucial to public understanding of how many others close to Trump were or may have been involved in Cohen’s crimes. 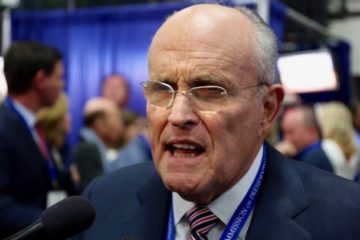 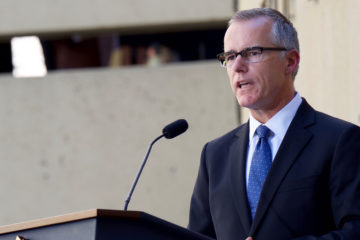 CREW is suing the DOJ to assess the credibility of allegations of political motivation in the firing of former FBI director Andrew McCabe.