Update: On January 17, 2020, CREW received records from the State Department. Read the records here and our analysis of them here.

CREW sued the State Department and the U.S. Agency for International Development over their failure to turn over records about a call with Secretary of State Mike Pompeo that reportedly only allowed “faith-based media.”

In March, Pompeo held a briefing call on international religious freedom before a trip to the Middle East, and reportedly blocked non-religious news outlets from joining. CREW sent a Freedom of Information Act request for records about the call from the State Department, including a transcript and communications about who requested to be on the call and who was ultimately allowed to participate, but has so far received nothing.

The requested records would shed light on why the State Department wanted to keep aspects of the call hidden, and whether they excluded groups or outlets from a call with the Secretary of State based solely on their lack of religious affiliation. There is immense public interest in whether the State Department is cutting off access to the media based on religion, so CREW sued for the requested documents. 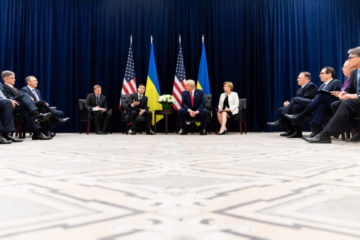