Media commentators, scholars, and even the president’s allies have speculated that President Trump might “pardon his way out” of the Department of Justice investigations of potential cooperation between Russia and the Trump campaign and obstruction of justice and of President Trump’s attorney Michael Cohen. This strategy would entail issuing presidential pardons to targets of these investigations in the hope that eliminating their exposure to federal charges will prevent them from cooperating with investigators.

Considering the possibility of a pardon strategy is no mere academic exercise. There are many indications that President Trump has contemplated employing it. Last fall, the president’s attorneys reportedly broached pardons with attorneys for former Trump campaign manager Paul Manafort and former Trump National Security Adviser Michael Flynn. This March, immediately following FBI raids to gather evidence from the President’s Trump Organization associate and former lawyer, Michael Cohen, the president issued a pardon to former Vice President Cheney aide I. Lewis “Scooter” Libby, who was convicted of obstruction of justice and perjury charges stemming from an earlier investigation. Many interpreted that pardon as a signal that President Trump is open to clemency for individuals convicted for lying under oath.

Such a pardon strategy, however tempting it might appear to the president, is fatally flawed. There are two simple reasons for that. First, receiving a federal pardon will not protect key defendants from exposure to state criminal prosecution (as well as state and federal civil liability). In addition, granting a pardon with corrupt intent or for the purpose of interfering or preventing witness testimony could well expose President Trump to impeachment and personal criminal liability for obstruction of justice or bribery. In other words, pardoning key defendants will only complicate, not resolve, President Trump’s legal predicaments.

This paper details why the pardon strategy will not work. In the first three sections, we focus on the exposure to possible state charges in New York of three representative individuals: Paul Manafort, a defendant in two pending cases; his deputy Rick Gates, a cooperating witness who has pled guilty; and Michael Cohen, the as-yet unindicted focus of a separate investigation. We find that:

Finally, we shift our focus to the president and explain what he risks if he seeks to impede the special counsel investigation by pardoning key defendants. We find that: 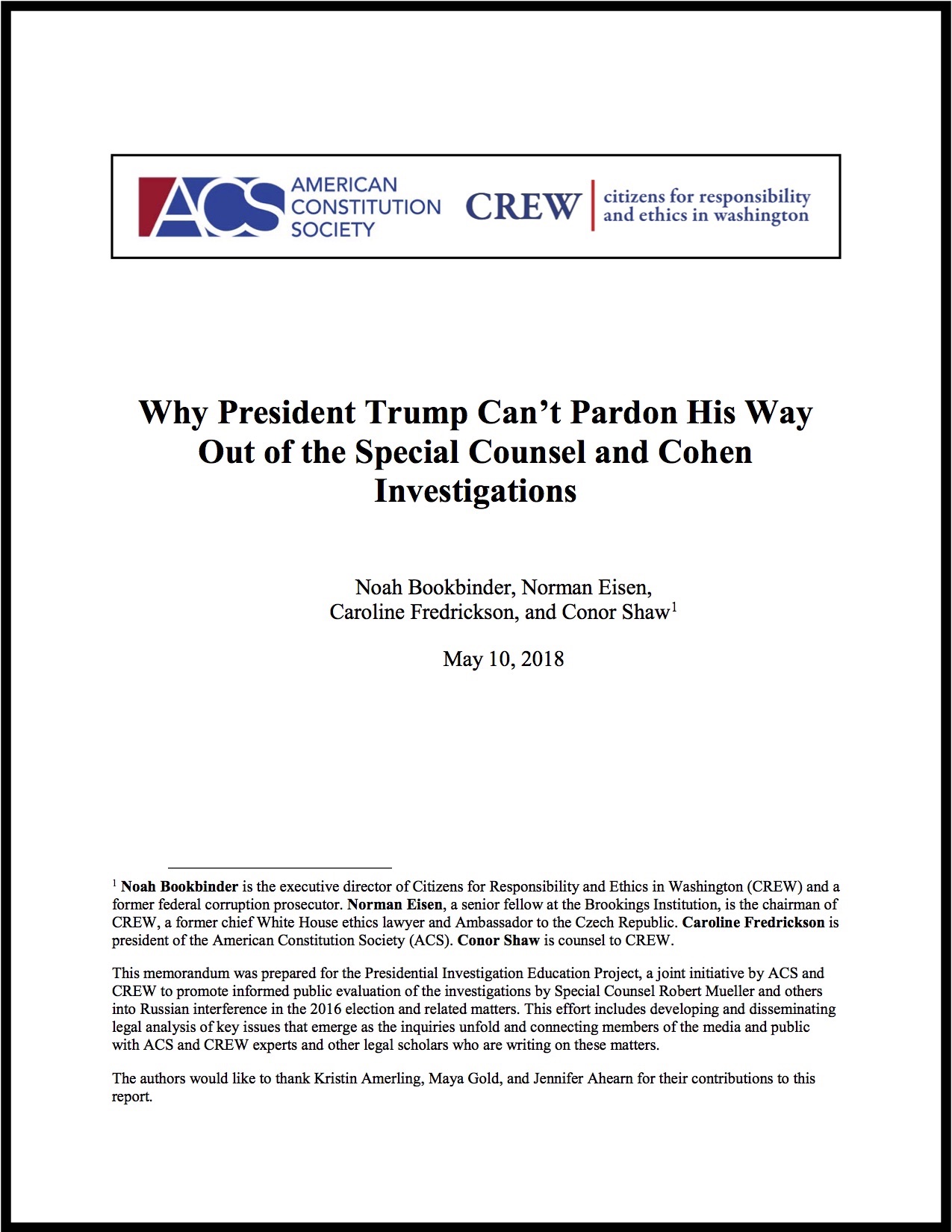