Washington, DC—When the courts opened at 9 am this morning, a legal dream team officially filed Citizens for Responsibility and Ethics in Washington v. Donald J. Trump to stop the President from violating the Constitution by illegally receiving payments from foreign governments.

CREW is represented in the case by an all-star team of top constitutional scholars, ethics experts and litigators who have combined to argue 45 cases before the Supreme Court. The lawyers on the case include CREW’s board chair and vice-chair Norman Eisen and Richard Painter, the top ethics lawyers for the last two presidents, Constitutional law scholars Erwin Chemerinsky, Laurence H. Tribe and Zephyr Teachout, and Deepak Gupta of Gupta Wessler PLLC.

Tribe, the Carl M. Loeb University Professor and Professor of Constitutional Law at Harvard Law School, said: “I am enormously proud to be filing this lawsuit to stop President Trump from putting his continuing pursuit of personal wealth, and his willingness to serve the foreign interests that feed that wealth, ahead of the interests and needs of American citizens and watchdog organizations like CREW. It is already clear that nothing short of judicial force will end Trump’s flagrant disregard of the core barrier the Constitution’s Framers erected against presidential decisions driven by personal greed or by loyalty purchased from the President by the patronage of foreign powers.”

Eisen added: “President Trump is the first president in decades not to release his tax returns. Seventy five percent of Americans want to see the President’s tax returns and so do we. We will seek those in discovery in this case in order to establish the details of the emoluments clause violations here.”

Teachout, Associate Law Professor at Fordham Law School, said: “The framers of our constitution did everything they could to protect against corruption, especially foreign corruption. President Trump’s insistence on taking payments from foreign governments is a blatant violation of a foundational clause in our constitution, and a foundational principle of our country.”

Chemerinsky, Dean, University of California, Irvine School of Law, noted: “The Constitution is explicit that the President cannot profit from a foreign government without congressional approval and there is no doubt that President Trump has been violating the Constitution since he took the oath of office. This lawsuit simply asks the federal court to enforce the Constitution and reaffirm that no person, not even the President, is above the law.”

Gupta, Supreme Court and appellate advocate at Gupta Wessler PLLC, added: “The Framers had incredible foresight, and they wanted to make sure that our elected leaders wouldn’t be corrupted by foreign governments. This lawsuit isn’t about some technicality; it’s about making sure that the President serves the American people, and nobody else.”

Noah Bookbinder, CREW Executive Director and a former federal corruption prosecutor, said: “We always encourage officials to do the right thing. We did not want to get to this point. It was our hope that President Trump would take the necessary steps to avoid violating the Constitution before he took office. He did not. His constitutional violations are immediate and serious, so we were forced to take legal action.” 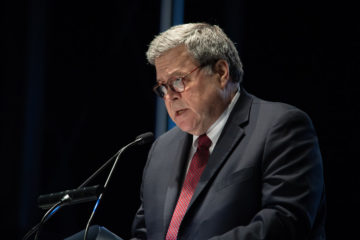 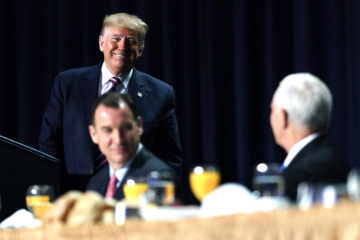 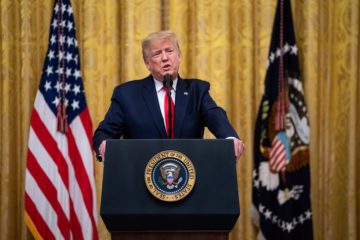