Washington — Acting Attorney General Matthew Whitaker should be investigated for violating the Standards of Ethical Conduct for Employees of the Executive Branch by ignoring a determination by career ethics officials that he should recuse himself from overseeing Special Counsel Robert Mueller’s investigation, according to a complaint filed today by Citizens for Responsibility and Ethics in Washington (CREW) with the Department of Justice (DOJ) Office of Inspector General. Under the Standards of Conduct, if an agency ethics official independently determines that an employee’s participation in a matter like the Mueller investigation would raise questions about his impartiality and should not participate in it, the employee is compelled to recuse.

According to a letter sent to Senate leadership from Assistant Attorney General Stephen Boyd, DOJ’s ethics officials determined “that a reasonable person with knowledge of the relevant facts likely would question the impartiality of the Acting Attorney General” and concluded that Whitaker “should recuse himself from supervision of the Special Counsel investigation.” That determination triggered a mandatory requirement that Whitaker recuse. Boyd’s letter also incorrectly asserted that the “ultimate decision” about recusal rests with Whitaker. Whitaker went on to ignore the determination by career ethics officials and, based on his own evaluation, decided to not recuse from the Special Counsel investigation.

“Soon after Whitaker was named Acting Attorney General, CREW concluded that he should recuse from the Mueller investigation, and now we know that career ethics officials at DOJ agreed,” said CREW Executive Director Noah Bookbinder. “The inspector general must immediately look into why Whitaker is ignoring this determination and ethics rules, and must ensure that he is held to the highest standards of ethical conduct. It is critical that Whitaker uphold his fundamental obligation as Acting Attorney General to place loyalty to the Constitution, the laws and ethical principles above all other interests.”

Last month, CREW sent two letters to DOJ’s Designated Agency Ethics Official raising significant ethics concerns about Whitaker’s lack of impartiality with respect to the Mueller investigation and outlining several reasons for which Whitaker should recuse, including his personal relationship with a key witness in the investigations. 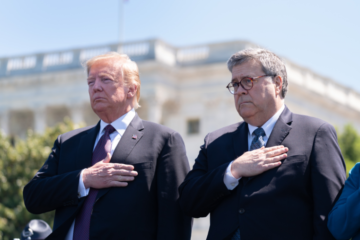 William Barr’s conflicts of interest include his 19-page legal memo criticizing possible obstruction of justice charges against the president. 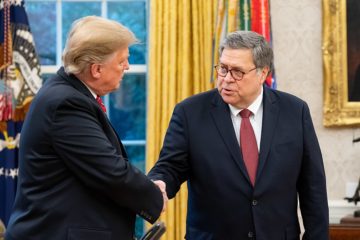