Washington—  The Inspector General of the Department of Justice should investigate whether Attorney General William Barr violated federal ethics laws and principles by participating in matters related to allegations in the Ukraine whistleblower complaint, according to a letter sent today by Citizens for Responsibility and Ethics in Washington (CREW). While Attorney General Barr was directly implicated in the complaint, he does not appear to have recused from DOJ matters related to it, which likely would violate conflict of interest laws and possibly bias DOJ action on the complaint.

“Once again, we have no choice but to question whether Attorney General Barr’s loyalty lies with his responsibility to the American people, or with his political ties to the President and his own self interest,” said CREW Executive Director Noah Bookbinder. “It should be a no brainer that an Attorney General personally implicated in a complaint should recuse from anything related to that complaint, and Barr’s apparent failure to do so severely undermines the Justice Department’s ability to enforce the law with integrity and independence.”

According to the whistleblower complaint, Attorney General Barr “appear[ed] to be involved” in President Trump’s attempt to use the power of his office to pressure Ukraine to interfere in the 2020 election. Additionally, in a memorandum of a call between President Trump and President Zelensky of Ukraine, the president asked President Zelensky to investigate Vice President Biden and a debunked conspiracy theory involving the 2016 election, and repeatedly asked him discuss the investigations with Barr. The president also went as far to say, “I will have Mr. Giuliani give you a call and I am also going to have Attorney General Barr call and we will get to the bottom of it.” After reviewing the transcript of this call, prosecutors at DOJ declined to investigate, concluding that the president had not violated campaign finance law. DOJ has indicated that Barr did not formally recuse from the complaint, and one report indicated Barr was “minimally involved in the issue.”

“Whether or not Barr is ultimately determined to have played a role in the President’s Ukraine misconduct, his central place in the whistleblower complaint and the call memorandum makes clear that he should have no part in the Justice Department’s consideration of these issues,” said Bookbinder. “The Inspector General must immediately investigate whether Barr’s participation violated ethics laws and principles.”

Last month, CREW sent a letter to DOJ’s top ethics official, Assistant Attorney General Lee Lofthus, stating that Attorney General Barr must recuse himself from all DOJ investigations into the origins of the FBI counterintelligence investigation regarding the Russian government’s interference in the 2016 election due to his lack of impartiality. Earlier, CREW cited Barr’s lack of impartiality in calling for his recusal from overseeing Special Counsel Robert Mueller’s investigation. 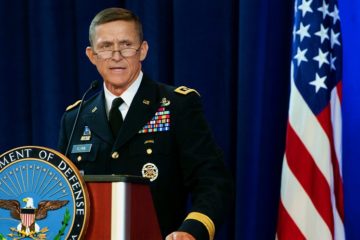 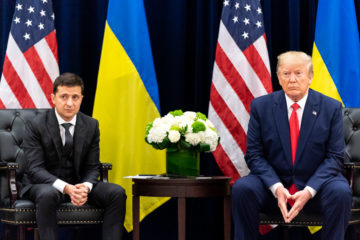 The White House's handling of the Ukraine call as exposes alarming recordkeeping practices that are specifically designed to conceal the president’s abuse of his power.