Washington — Deputy Assistant to the President and Communications Director for the Office of the First Lady Stephanie Grisham violated the Hatch Act by using her official White House Twitter account to engage in partisan political activity, the Office of Special Counsel (OSC) ruled this week based on a complaint filed by Citizens for Responsibility and Ethics in Washington (CREW). OSC issued Grisham a warning letter noting that any future engagement in prohibited political activity will be considered “a willful and knowing violation of the law, which could result in further action.”

As noted in CREW’s complaint, Grisham engaged in political activity prohibited by the Hatch Act by using her official White House Twitter account to tweet a message that included President Trump’s campaign slogan “#MAGA” (Make America Great Again) and a picture from a 2015 Trump campaign rally. Before serving in the First Lady’s office, Grisham worked on the Trump campaign.

“The OSC continues to confirm CREW’s findings of Hatch Act violations from officials serving throughout the Trump Administration,” said CREW Executive Director Noah Bookbinder. “Despite multiple violations and clear guidance from OSC, the White House refuses to address the pattern of misuse of government offices and resources for political purposes. Because the administration will not act to prevent further use of taxpayer-funded resources for political gain, it is imperative that OSC consider additional measures to prevent these rampant abuses.”

The Hatch Act prohibits any executive branch employee from “us[ing] his official authority or influence for the purpose of interfering with or affecting the result of an election.” OSC guidance on applying the Hatch Act prohibitions to social media, including Twitter, specifically advises that an employee may not “use a Facebook or Twitter account in his official capacity to engage in political activity” and requires that “any social media account created in a federal employee’s official capacity should be limited to official business and remain politically neutral.” 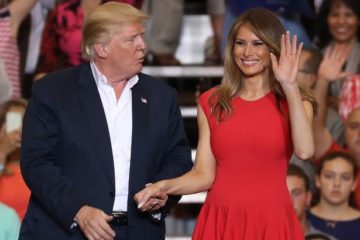 Communications Director for the Office of the First Lady Stephanie Grisham appears to have violated the Hatch Act by using her official Twitter account for political activity.