Washington — Freedom Frontier operated primarily to influence political campaigns in violation of its non-profit tax-exempt status by contributing more than half of its total spending to political organizations, according to an Internal Revenue Service (IRS) complaint filed today by Citizens for Responsibility and Ethics in Washington (CREW).

“Just as we suspected, Freedom Frontier is abusing its tax-exempt status to hide the identity of those who are influencing elections,” said CREW Executive Director Noah Bookbinder. “It is not even clear that they would have filed a 2016 tax return at all if not for our previous complaints. Freedom Frontier has been bankrolling political activities and funneling secret money toward elections in direct violation of the law and IRS regulations, and there must be accountability for this kind of lawless, secret influence.”

CREW also submitted an update to a complaint filed with the Federal Election Commission last June alleging that Freedom Frontier was at the center of a scheme to conceal millions of dollars in campaign contributions supporting former Missouri Governor Greitens.

In its complaint, CREW also called on the IRS to impose fines against Freedom Frontier for filing its 2016 tax returns more than 400 days late. Freedom Frontier’s delinquent tax return provides additional information about Greitens’ campaign consultant Nick Ayers’ ties to the dark money group. Ayers, who is currently Vice President Mike Pence’s chief of staff and is reportedly under consideration to replace John Kelly as President Trump’s chief of staff, previously disclosed on his financial disclosure form that he had consulted for Freedom Frontier. The late tax return reveals that Freedom Frontier’s top independent contractor was the Clark Fork Group, LLC, which Ayers also reported as a source of compensation on his financial disclosure. Freedom Frontier paid the company $354,000 for “consulting.” 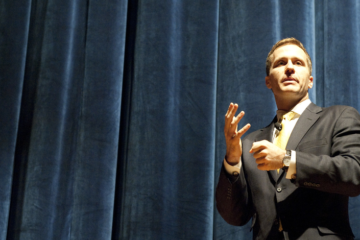 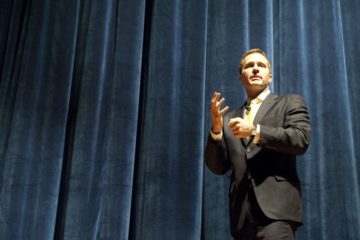 “By not filing their tax returns, these organizations are denying one of the few avenues of transparency for politically active nonprofits”