Washington—U.S. Immigration and Customs Enforcement (ICE) should be prohibited from destroying records detailing abuse and mistreatment of immigrants detained in ICE custody, according to a lawsuit filed today by Citizens for Responsibility and Ethics in Washington (CREW), the American Historical Association (AHA) and the Society of Historians and American Foreign Relations (SHAFR). The National Archives and Records Administration’s (NARA) decision to approve destruction of the ICE records was legally flawed because it failed to address significant public comments, disregarded NARA’s own policies, and failed to consider the accountability and research interests in preserving the records permanently.

NARA approved ICE’s request to begin destroying the records in December 2019, despite ongoing concerns and reports of widespread mistreatment of individuals detained in ICE custody. Several categories of records, including those documenting detainee deaths, sexual assault and abuse, civil rights violations, inhumane solitary confinement practices, and violations of ICE detention standards, are set to be destroyed, with some slated for destruction as early as this year.

“ICE cannot be allowed to destroy records of the history of abuse and mistreatment of immigrants held in ICE custody. NARA’s refusal to consider the important role these documents play in maintaining a transparent government and evaluating our country’s actions is truly alarming,” said CREW Executive Director Noah Bookbinder. “As more evidence comes to light about injustices those in ICE custody suffer, we need assurance that these accounts are well preserved and accessible to those who rely on them.”

NARA received a record-breaking number of public comments objecting to the proposed schedule, with over 23,000 comments against the plan. In response to the public outcry, NARA largely ignored these concerns but made slight changes to the final schedule. Still, even with the modest changes, ICE retains its ability to destroy sensitive records that provide critical evidence to support current and future efforts to evaluate our immigration enforcement system.

“The American Historical Association considers the records delineated in this suit an important part of the public record that must be available to future generations of historians. We know from historical work on comparable issues in the past that this genre of government documents is often essential to understanding the full story of our nation’s past,” said AHA Executive Director James Grossman.

“Transparency and accountability are the pillars of a thriving democracy. Scholars play an outsized role in achieving these goals by producing the comprehensive and reliable histories than an informed citizenry requires. For this reason SHAFR views with great alarm ICE’s records disposition schedule recently approved by NARA,” said SHAFR President Kristin Hoganson. “As an organization dedicated to studying the history of U.S. relations with the rest of the world, SHAFR opposes the destruction of government documents that will illuminate the most recent chapter in U.S. immigration history. SHAFR firmly believes that records documenting detainee deaths, sexual assault and abuse, civil rights violations, inhumane solitary confinement practices, and violations of ICE detention standards should be preserved because they are an important part of the historical record of our time.”

Click here to view the letter to ICE and NARA. 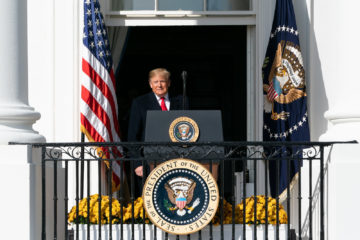 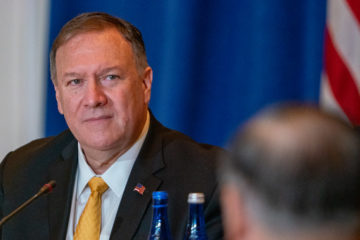 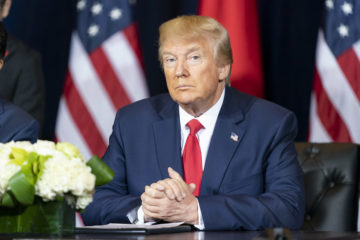 Government Agrees to Preserve Records of Talks with Foreign Leaders

The government has agreed to preserve all relevant records, including the records of conversations and meetings with foreign leaders, pending the outcome of our lawsuit.