Washington—Postmaster General Louis DeJoy appears to be at risk for violating the primary criminal conflict of interest statute after failing to divest significant financial interests in two companies directly affected by the work of the United States Postal Service (USPS), according to a letter sent to DeJoy today by Citizens for Responsibility and Ethics in Washington (CREW). Recent reporting appears to indicate DeJoy personally participated in particular matters that directly affect the two companies. These actions run counter to his obligations under the conflict of interest law.

DeJoy’s financial disclosures indicate that he retained stocks and stock options worth tens of millions of dollars in a USPS contractor, XPO Logistics. After assuming his role as Postmaster General, DeJoy also bought a stock option worth up to $100,000 in Amazon. DeJoy’s financial stakes in the companies put him at risk of violating the conflict of interest law, which prohibits him from participating in any particular matter affecting either XPO or Amazon. While DeJoy claims to be recusing himself from particular matters that affect these companies, as Postmaster General however, he cannot fully recuse himself from all particular matters affecting either company, as XPO is a major USPS contractor and Amazon is a competitor and top USPS customer.

“Government officials must put the public’s interests before their personal financial interests, and DeJoy’s failure to uphold his own ethical responsibilities and address his own conflicts of interest undermine our postal service and our democracy,” said CREW Deputy Director Donald Sherman. “As the head of America’s postal workforce comprised of roughly a half million employees, DeJoy is responsible for ensuring the integrity of USPS’s operations. DeJoy’s refusal to fully divest from his conflicting financial holdings puts him at risk of criminal behavior and significantly weakens USPS by compromising his ability to legally perform essential functions of his job shortly before the public will begin to mail ballots in for the upcoming election.”

The primary criminal conflict of interest law prohibits appointed officials from participating in any particular matter that directly and predictably affects their financial interests. The law specifically bars them from participating in any particular matters affecting companies whose stock or stock options they hold. Divestiture becomes necessary when recusing would prevent an official from performing the essential functions of their job.

“It is incredibly concerning that during DeJoy’s short time at USPS, he has acted in the interests of the businesses he holds stock and stock options in that would benefit from dysfunction at USPS” said Sherman. “To assure the American public of his commitment to the success of the postal service and all its duties, DeJoy should immediately divest or forfeit his financial interests in conflicting assets.”

CREW previously called for DeJoy to be removed from his role as Postmaster General, as well as filed a criminal complaint against him, calling for formal investigation to determine whether he violated federal criminal laws by undermining voting by mail apparently for the political benefit of President Trump. CREW also requested records from USPS asking for DeJoy’s ethics agreement, screening arrangement, and any other records related to his recusals or divestitures. 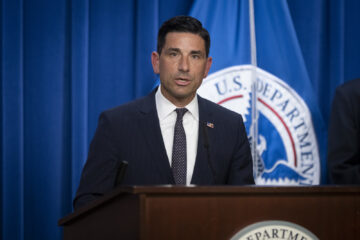 By participating in a naturalization ceremony in his official capacity at the White House, Chad Wolf became the latest Trump official to violate the law. 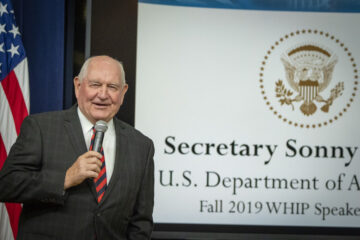 Agriculture Secretary Sonny Perdue appears to have violated the Hatch Act after making political comments in support of Trump and his re-election efforts. 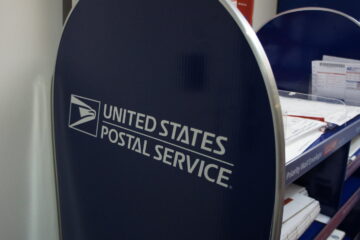 Louis DeJoy should be investigated for violating federal criminal laws by undermining voting by mail apparently for the political benefit of President Trump.