“In Patrick Shanahan, President Trump had an acting Secretary of Defense whose decisions were overshadowed by his previous senior position at Boeing. His successor will likewise risk being tainted by his previous work for a major defense contractor. Esper joined the government following years as a top lobbyist for Raytheon. Already this week, Raytheon has won multiple government contracts worth hundreds of millions of dollars. While Esper may not have had sway over these types of deals as Secretary of the Army, as acting Secretary of Defense he will have potential influence over such deals, as well as over the controversial proposed merger of Raytheon and UTC to become the second largest defense company in the US. His ethics agreement—and his ability to follow it—will be something we will be watching closely.” 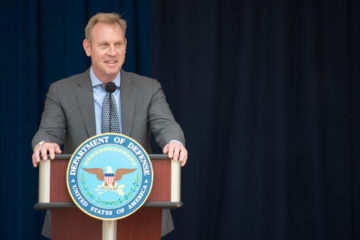 Shanahan worked at Boeing for over 30 years, overseeing the Boeing Missile Defense Systems and Rotorcraft Systems, and commercial production including the 737 MAX.

Today, CREW released its annual Most Corrupt Members of Congress report, which takes a bipartisan look at Washington’s worst.