Washington — In the two years since he took office, President Trump racked up more than 1,400 conflicts of interest involving the government, those trying to influence it and the Trump Organization, according to a report released today by Citizens for Responsibility and Ethics in Washington (CREW).

President Trump used the presidency to enrich himself by repeatedly promoting his businesses as extensions of his administration. Political allies, wealthy donors, special interests and foreign governments adopted a key tactic of patronizing Trump’s businesses to curry favor with the Trump administration. Here are some of the key findings from CREW’s tracking of Trump’s conflicts of interest:

“It is hard to imagine that the President of the United States could rack up a staggering 1,400 conflicts of interest, yet here we are,” said CREW Executive Director Noah Bookbinder. “Not only has President Trump still refused to divest from his businesses, he seems to have doubled down by reinforcing the idea that the Trump Organization is an extension of the Trump Administration.”

In total, CREW found more than 900 conflicts in the second year of the Trump administration. This presents a clear picture of a presidency used to turn a profit and the president’s businesses serving as points of access to the corridors of power. 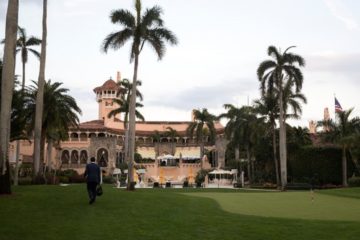