Washington- There is compelling evidence that President Trump likely committed several crimes in his Ukraine conduct for which ordinary Americans could be prosecuted and punished, according to a report released today by Citizens for Responsibility and Ethics in Washington (CREW).

In a new report, Criminal Abuse of Power, CREW outlines five criminal offenses for which any other person could be facing the real likelihood of substantial time in federal prison. As president, Trump faces impeachment rather than potential indictment; however, it is important to note that these crimes are in addition to the numerous other impeachable offenses he has clearly committed. In addition to clear constitutional “high crimes,” when it comes to Ukraine, the evidence points to the following criminal offenses committed by the president:

“In our constitutional republic no person, including the president, is above the law,” CREW Executive Director Noah Bookbinder said. “Because the Justice Department takes the position that Trump, a sitting president, cannot be indicted, all Americans must decide whether his criminal conduct merits the most serious punishment he can face: impeachment and removal from office.”

Bribery, soliciting illegal campaign contributions from a foreign national, coercing federal employees to participate in politics, misappropriation of federal funds, and obstruction of justice are all serious crimes. They may not be the only crimes President Trump may have committed in his conduct towards Ukraine; as more facts come to light, we may learn more about the apparent scheme to cover up this conduct, which could implicate additional laws  relating to obstruction of justice, misuse of classification procedures, and more.

“The evidence is sufficient to demonstrate that President Trump’s conduct was not only unacceptable and immoral, but also very likely criminal,” Bookbinder said. “That the President of the United States has breached criminal standards of conduct is another factor counseling in favor of his impeachment and removal from office.”

Impeachment does not require proof of a crime; Presidents Nixon and Clinton both faced articles of impeachment that incorporated some conduct that was not squarely prohibited by criminal laws. But the fact that a President’s conduct likely broke criminal laws is hardly irrelevant–our criminal laws are an articulation of our country’s values, and the Constitution’s use of the words “bribery” and “high Crimes and Misdemeanors” was intended to require an abuse of power as serious as a criminal offense. 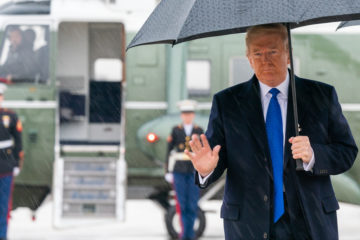 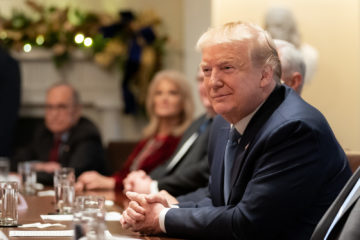