Washington—White House Director of Social Media Dan Scavino, Jr. violated the Hatch Act by advocating for the defeat of Rep. Justin Amash (R-MI), the Office of Special Counsel (OSC) ruled this week based on a complaint filed by Citizens for Responsibility and Ethics in Washington (CREW). OSC issued Scavino a warning letter noting that any future engagement in prohibited political activity will be considered “a willful and knowing violation of the law, which could result in further action.”

As explained in CREW’s original complaint, Scavino engaged in political activity prohibited by the law by tweeting that Amash “is a big liability” and that President Trump’s supporters should “defeat him in [the next] primary” from an account that showed him standing in the Oval Office next to the official presidential flag, and had a header photograph showing Trump giving a speech behind a lectern with the official presidential seal. After being called out by ethics experts, Scavino removed the photograph with the official seal and changed his Twitter bio to refer to the campaign.

“The rules are clear that government officials aren’t allowed to use their position for campaign activity,” CREW Executive Director Noah Bookbinder said. “OSC has made clear with this ruling that they are going to enforce these important rules and work to keep the government free from inappropriate politics.”

The Hatch Act prohibits any executive branch employee from “us[ing] his official authority or influence for the purpose of interfering with or affecting the result of an election.” Activities covered by this prohibition include the official “us[ing] his or her official title while participating in political activity.” OSC guidance on applying the Hatch Act prohibitions to social media, including Twitter, specifically advises that an employee may not “use a Facebook or Twitter account in his official capacity to engage in political activity.”

“In these overly politicized times, the separation of official and campaign business is absolutely vital in keeping partisan politics out of government business,” Bookbinder said.CREW also filed a complaint with the Office of Congressional Ethics (OCE) against Amash, who used the same account he uses for Congressional purposes to respond and raise money for his campaign. The use of his Twitter account to direct followers to his campaign fundraising site appears to violate House rules by using an official resource for campaign fundraising. 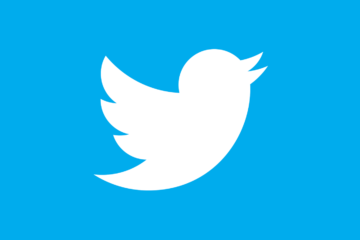 Scavino likely engaged in political activity prohibited by the law by tweeting the Amash “is a big liability” and that President Trump’s supporters should “defeat him."