Washington—The State Department’s Office of Inspector General (OIG) should investigate allegations that the Department is improperly politicizing its approach to high-profile congressional investigations and stonewalling oversight requests from Democratic congressional committee chairs, according to a complaint sent today by Citizens for Responsibility and Ethics in Washington (CREW). Withholding information and testimony from committee chairs based on party affiliation would violate federal law as well as Executive Branch policies.

There is evidence to suggest that the State Department has failed to provide documents, information, and witness testimony in response to requests from Democratic committee chairs with direct legislative authority over the agency. At the same time, the State Department readily complied with requests from Republican committee chairs investigating President Trump’s political rival. The Department voluntarily cooperated with document requests from Republican Senate chairs regarding former Vice President Joe Biden, his son Hunter Biden, and Burisma, while refusing to comply with numerous requests from Chairman Engel for information and testimony about alleged corruption by President Trump and officials in his administration.

“By selectively complying with requests for materials and documents and refusing others, apparently along partisan lines, the State Department impedes Congress’s ability to conduct oversight, which is a crucial check on executive power,” said CREW Executive Director Noah Bookbinder. “State Department resources should not be used to further the President’s political rivalries or protect his political fortunes.”

The Executive Branch has a longstanding policy to comply with requests for documents and other related materials from congressional committees, subcommittees, or chairpersons who are constitutionally authorized to conduct such oversight. The State Department’s noncompliance with Democratic chairs’ requests appears to violate executive branch policy requiring agencies to accommodate requests from committee chairs regardless of party. Such actions also likely violate federal law prohibiting the use of appropriated funds to “pay the salary of any federal official who prohibits or prevents another federal employee from communicating with Congress.”

“Transparent and timely congressional oversight is essential to holding those in positions of power accountable for their actions, and it only works if agencies comply with congressional requests. Without this crucial piece of our system of checks and balances, government agencies run the risk of aiding and abetting improper behavior motivated by political agendas,” said Bookbinder. 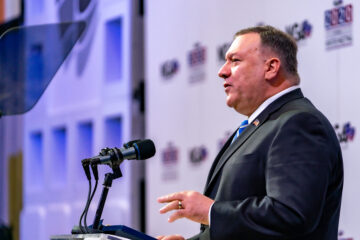