CREW, ROC and Washington, DC-based events booker Jill Phaneuf are represented in the case by an all-star team of top constitutional scholars, ethics experts and litigators who have combined to argue 45 cases before the Supreme Court. The lawyers on the case include CREW’s board chair and vice-chair Norman Eisen and Richard Painter, the top ethics lawyers for the last two presidents, constitutional law scholars Erwin Chemerinsky, Laurence H. Tribe and Zephyr Teachout, Deepak Gupta of Gupta Wessler PLLC and Joseph Sellers of Cohen Milstein Sellers & Toll PLLC.

“With the filing of our amended complaint, I have no doubt that President Trump and his battalion of attorneys have no legal ground to stand on and must soon face the constitutional music,” said Tribe. “The time for dodging, weaving, and distracting from his corrupt practices has run out.”

“This lawsuit, and the revised Complaint, uphold one of the most basic aspects of the rule of law: no one, including the President, is above the law,” Chemerinsky said. “Every minute of every day, President Trump is receiving benefits from foreign governments and from the United States government in clear violation of the Emoluments Clauses of the Constitution. This lawsuit is simply to ensure that the President complies with the law.”

The lawsuit, first filed by CREW in January, seeks to find the president in violation of the emoluments clauses of the Constitution, which prohibit Trump from receiving anything of value from foreign governments, including foreign government-owned businesses, without the approval of Congress, and prohibit him from receiving benefits from the federal and state governments apart from his congressionally approved compensation.

“We would’ve liked to be dropping our case because the president got in line with the Constitution,” CREW Executive Director Noah Bookbinder said. “Instead, the violations we anticipated when we brought our case became much more concrete.”

Phaneuf and the members of ROC now see potential lost business, as foreign governments book events at Trump properties in a possible attempt to curry favor with the president.

“These are real businesses suffering real injury. Our standing to bring this suit is now irrefutable,” Gupta said. “That means that Donald Trump will have no choice but to defend his unprecedented conflicts of interest in court.”

The amended complaint also adds violations that have occurred in the last three months including the federal government’s decision to permit President Trump to continue leasing his Washington, DC hotel in violation of the lease – a valuable and unconstitutional benefit – and the Chinese government’s granting of valuable trademarks to the President soon after he had reversed positions to support a “one China policy.”

“Along with President Trump’s undisclosed taxes and other domestic conflicts, these undisclosed and unconstitutional payments and benefits from foreign governments continue to undermine the integrity and effectiveness of the presidency,” Painter said. 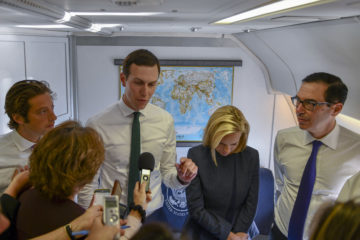 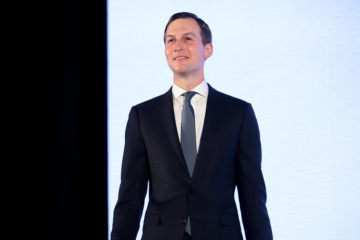 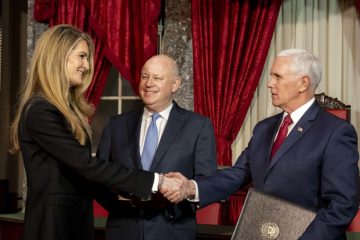 Senators Richard Burr and Kelly Loeffler should be investigated for possible violations of the STOCK Act, insider trading laws and ethics rules.