A new tax document for the 45 Alliance provides a few additional clues about the mysterious group, which late last year held an event for Trump administration political appointees at the president’s Trump International Hotel in Washington, DC. The form reinforces the new group’s closeness to the president’s political operation and administration, and also suggests that it has high-profile connections within the world of secretly-funded political nonprofits. Though the 45 Alliance seemed to have sprung from nowhere late last year, the form reveals it has deep ties to an existing network of pro-Trump groups.

The Form 990 tax return  shows the group raised $375,025 between August 2018, when it was formed, and the end of that year. These forms normally cover a full year, but the 45 Alliance apparently opted to file one covering just a few months in order to be on a calendar year filing schedule. Though groups like the 45 Alliance, which is organized as a section 501(c)(4) nonprofit, do not reveal their donors, all but $25 of that total is accounted for in other pro-Trump and Republican party groups’ disclosures covering the same period as the 45 Alliance’s tax return.

The Republican National Committee contributed $75,000 in December 2018, according to its campaign finance filings. Trump for America, a nonprofit set up to assist with President Donald Trump’s transition into office, contributed $150,000, according to its tax return covering 2018. America First Policies, a dark money group established to boost the Trump agenda through outside spending matched that contribution during the same period.

The fact the 45 Alliance got nearly all of its initial funding from these three groups shows it was well-connected within the Trump political network before it had any public presence. The group’s mission statement as it appears on the new tax form provides more information about how the new group fits into the existing network, and why it was given its seed funding.

According to the form, “The 45 Alliance aims to cultivate, inspire, and retain the talent and experience of the current appointees and to engage and support a network of former Administration appointees, to sustain and promote the principles on which their appointments were premised, with a goal of promoting the policies, principles, and mission of this Administration.”

A similar statement appears on the group’s website, which offers current and former Trump officials, as well as campaign and transition officials, “access to our exclusive web-site and details on upcoming events and activities.” The 45 Alliance’s three officers, Josh Pitcock, Rick Dearborn, and Jamie Burke, all served on President Trump’s transition team, and Dearborn and Pitcock both served in the Trump White House.

Maybe the most revealing piece of information on the form, however, is not the group’s revenue, mission, or officers. It’s one that could in fact be missed on the first several passes through the document. But halfway through the form, where the group is asked to “State the name… of the person who possesses the organization’s books and records,” there’s a familiar name that hasn’t been linked to the group before: Neil Corkery.

Corkery is a conservative operative known for directing the flow of secret political money. He has ties to several high-profile dark money operations like the Wellspring Committee and Judicial Crisis Network. In 2018, an anonymous million dollar contribution to President Trump’s inauguration was linked to him. Corkery’s involvement with the new pro-Trump operation links it to some of the country’s most secretive and influential polical nonprofits.

The 45 Alliance has nonetheless kept a low profile thus far. But it’s first tax filing depicts an organization that’s well connected to a network of pro-Trump groups, and within the greater world of conservative political nonprofits. 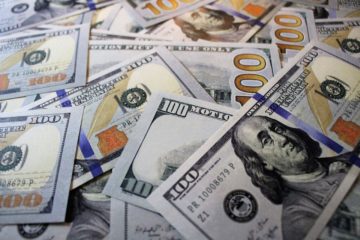 A nonprofit set up to assist with President Trump’s transition into office gave $150,000 to 45 Alliance, a new pro-Trump dark money group.