Days after then-Oklahoma House Speaker T.W. Shannon announced his plan to run in the special election to replace retiring Sen. Tom Coburn (R-OK), paperwork was filed establishing a dark money group that would go on to spend nearly $1.3 million supporting him in his failed primary bid. The group, Oklahomans for a Conservative Future (OCF), was an early example of a type of outside spending vehicle that is expected to play an increased role in the 2016 elections: single-candidate dark money nonprofits.

As a nonprofit, OCF is not required to disclose its financial backers, a point of controversy during the campaign. One of the group’s donors, however, recently revealed itself. Tobacco giant Reynolds American reported contributing $30,000 to the pro-Shannon organization in a voluntary disclosure document posted on the company’s website earlier this month.

It’s unclear why the North Carolina-based company invested in a nonprofit that supported a single candidate in Oklahoma, but there are signs that Reynolds’ leadership had an active interest in the race. Though the company’s political action committee did not contribute to any candidates involved in the race, five company executives contributed to state Rep. Shannon’s Senate campaign on the same day in May 2014.

The company has another connection to OCF as well. The nonprofit was incorporated by Xavier Neira and two Oklahoma lobbyists, Chad Alexander and Stephanie Milligan. Both Mr. Alexander and Ms. Milligan lobbied in Oklahoma on behalf Reynolds American as recently as 2013.

It is unknown if the contribution to OCF was directly connected to the company’s lobbying efforts, but such tactics have become a common part of political influence operations. As the Huffington Post recently reported, “allegedly independent spending has become increasingly intertwined with lobbying and legislation” ever since the Supreme Court’s Citizens United decision in 2010.

Reynolds’ contribution to OCF was only publicly revealed because the company began disclosing its contributions to nonprofits organized under section 501(c)(4) of the tax code in 2013. A spokeswoman for Reynolds told the Center for Public Integrity that the company began making the disclosures at the request of a shareholder. Disclosure of contributions to 501(c)(4) nonprofits by major corporations is still uncommon. According to the most recent CPA-Zicklin Index report, just 24% of the companies in the top 300 of the S&P 500 disclosed any information about their payments to politically active 501(c)(4) nonprofits in 2014.

Unless more companies and individuals voluntarily disclose their contributions to political nonprofits, it is unlikely that many more of OCF’s contributors will be publicly revealed. It is possible, however, that these secret investors in state Rep. Shannon’s Senate campaign will be dragged into the light by the Oklahoma County District Attorney. In June 2014, District Attorney David Prater acknowledged he was reviewing complaints filed with his office that alleged improper coordination between state Rep. Shannon’s campaign and OCF. In August 2014, Mr. Prater said the inquiry had turned into a criminal investigation. 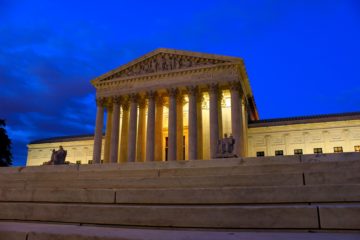 Citizens United Allowed Money in Politics to Explode. It’s Up to Us to Stop It.

When the Court issued Citizens United in 2010, election spending by outside groups was modest. That is no longer the case.