Update 7/17/2020: Acting Director of the Domestic Policy Council Brooke Rollins and Labor Secretary Eugene Scalia both spoke at ALEC’s 2020 annual meeting, which was held virtually this week. Secretary Scalia’s participation in the meeting brings the total number of Trump administration cabinet members and White House officials who have attended ALEC events to 15.

ALEC brings together politicians and corporations to write model legislation and is a notorious vehicle for business interests to covertly (and not so covertly) push their policy agenda. ALEC has become a vehicle for special interests to leverage corporate dollars to shape bills across state legislatures and Congress, often without significant public input or scrutiny. ALEC has also proposed and pushed many sweeping policies that are widely recognized as being racially discriminatory, including the Florida Stand Your Ground law that came under scrutiny after George Zimmerman’s killing of Trayvon Martin, mandatory minimums for nonviolent drug-related crimes, and Arizona’s draconian 2010 anti-immigration law. ALEC’s policies have been so disproportionally harmful to Black and brown Americans that the Center for Constitutional Rights accused ALEC of furthering white supremacy.

ALEC’s recent priorities have included advocating for criminal fines for oil and gas pipeline protestors, the Trump administration’s tax cut, environmental protection rollbacks and reopening businesses across the country during the pandemic and against further coronavirus relief funding for states. As President Trump has left many positions vacant throughout the federal government, and his Cabinet has been roiled with unprecedented turnover, we have to wonder: Has ALEC stepped in to fill the void?

ALEC has capitalized on the chance to influence Trump by lining his pockets, hosting their 45th Annual Gala at Trump’s Washington, D.C. hotel in September 2018. ALEC was rewarded for their Trump Organization spending with direct access to the White House and its top officials. Other special interest groups have adopted similar tactics in the last three years, but not every special interest group was lucky enough to have Vice President Mike Pence give the keynote address at their event. As if the Trump administration’s support of ALEC was not already clear enough, Counselor to the President Kellyanne Conway also “delivered a message from President Trump praising [ALEC’s] work in leading the nation.”

As part of the celebration, ALEC members got a tour of the White House and an “exclusive briefing on current administration activities” by then-Secretary of Energy Rick Perry in the White House Briefing Room. In addition to Perry, it appears that two other high-level Trump administration officials addressed the legislators during the briefing.

Attending ALEC events has become relatively commonplace, even for officials like the White House chief of staff. In January 2020, then-Acting Chief of Staff Mick Mulvaney traveled to South Carolina for an ALEC event. He also attended an ALEC conference in 2018 while he was director of the Office of Management and Budget and gave a speech that discussed how the Trump administration could cut spending on social welfare programs.

Two of the White House officials who have attended ALEC events have led the office in charge of implementing Trump’s domestic policy agenda. In December 2019, ALEC sent then-Assistant to the President and Director of the Domestic Policy Council Joseph Grogan to its States and Nation Policy Summit. Grogan left the administration recently and Trump promoted Brooke Rollins to fill the post. Before assuming that role, Rollins attended two ALEC events as Assistant to the President for Strategic Initiatives, with ALEC covering her travel costs for one of the trips.

Before joining the Trump administration, Rollins was closely allied to ALEC as the President and CEO of the Texas Public Policy Foundation (TPPF). While she was at TPPF, Rollins wrote an op-ed defending ALEC after the group came under fire for its role in developing the Stand Your Ground policy after Trayvon Martin was killed. She is currently the head of the Domestic Policy Council.

In addition to White House staff, six Trump Cabinet members have attended ALEC events: Energy Secretary Rick Perry, Education Secretary Betsy DeVos, Secretary of Transportation Elaine Chao, Secretary of Health and Human Services Alex M. Azar II, Department of Housing and Urban Development Secretary Ben Carson, and then-Department of Interior Secretary Ryan Zinke. The presence of high-level officials at these events provides a window into the pervasive influence of corporate interests in the Trump administration, and may provide a clue about where some of the controversial policies of the Trump administration originate.

ALEC’s influence in the White House goes far beyond the Cabinet and White House officials that we have analyzed here. At least ten other administration officials have also reportedly attended ALEC events, including Centers for Medicare and Medicaid Services Administrator Seema Verma. It is challenging to get a full picture of ALEC’s role in Trump era legislation, but it is clear that Trump officials have embraced some of ALEC’s priorities, like environmental rollbacks and an early “reopening” of the economy. With President Trump’s recent attacks on peaceful protestors gathered to push for racial justice, ALEC’s connections to policies that have disproportionately harmed people of color deserve renewed scrutiny.

Trump himself is tied to ALEC through his relationships with Dr. Arthur Laffer and Stephen Moore. Laffer sits on ALEC’s Board of Scholars and Moore advises ALEC’s Board of Directors on its Private Enterprise Advisory Council. According to their 2018 book Trumponomics, in which they praise Trump’s economic policy, Laffer and Moore credit themselves with “helping shape the 2017 tax bill.”

Laffer, an economist who advocates for deregulation and lower taxes for the wealthiest Americans, also advised Trump during the 2016 campaign. According to Moore, Laffer was crucial in convincing Trump to lower the corporate tax rate to 21 percent. More recently, Trump consulted Laffer on how the administration should respond to the coronavirus pandemic. Moore and Laffer have both advocated for “reopening” the economy, a policy that Trump himself has supported. Last year, Trump announced his intent to nominate Moore to the Federal Reserve, but withdrew his support after Moore’s past sexist comments were scrutinized and Senators made it clear that he did not have the votes to be confirmed. 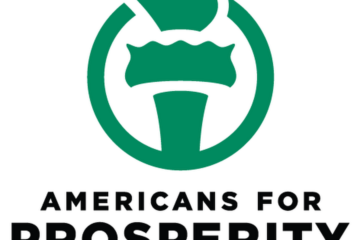 crewadmin
According to a recent National Review report, the political network overseen by the Koch brothers is undergoing a “realignment” to include less national political spending. Some... 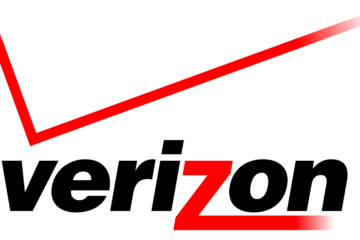 If You Own Stock in Verizon, Here’s Your Opportunity to Fight Citizens United

The telecom's Board of Directors thinks revealing how much the company spends on politics provides "little or no value" to shareholders. We disagree. 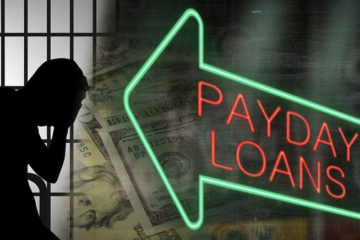 The payday loan industry is stepping up their game in an attempt to keep regulation away from their obscene interest rates.