Last fiscal year, the Trump family took more trips that required Secret Service protection than the Obama family took in seven, according to a budget document released by the Treasury Department. On average, Obama’s family took 133.3 protected trips per year, while the Trump family has taken an average of 1,625 annually. Much of the Trump family’s known travel has been to promote Trump Organization businesses, which President Trump still owns and profits from. Every President and his family deserve Secret Service protection. But the President’s private business should reimburse taxpayers for money spent at Trump’s businesses or in support of them. 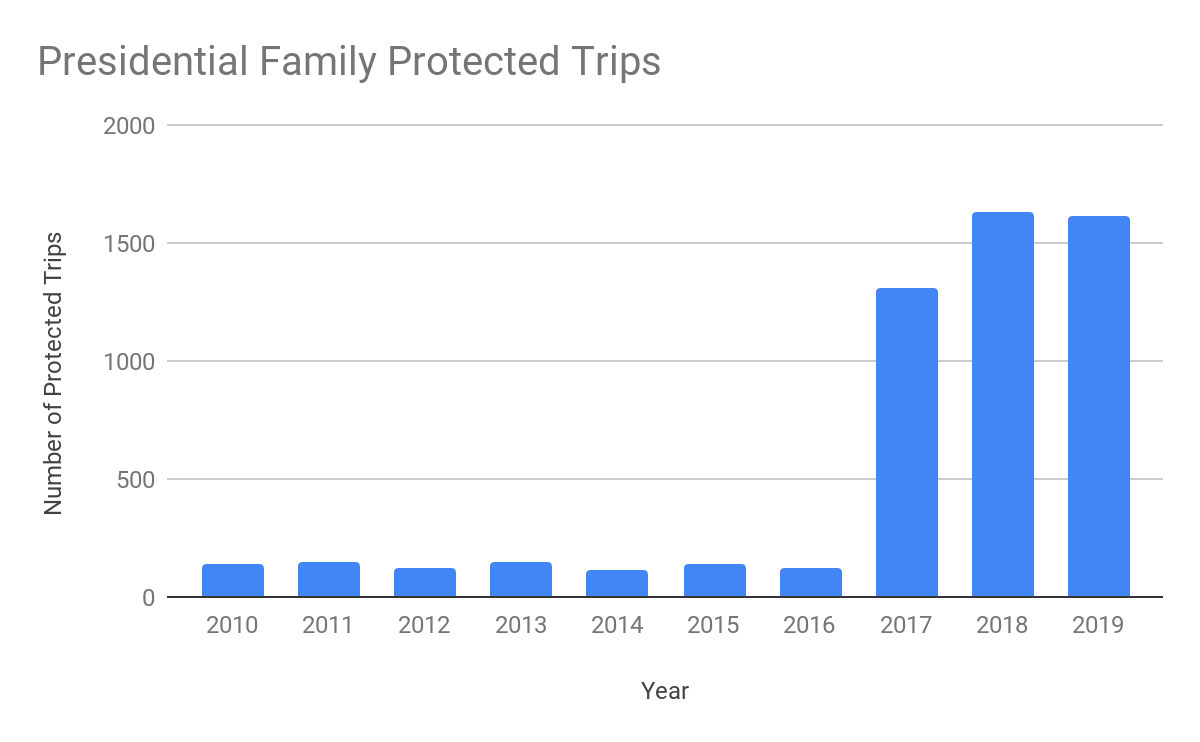 While previous presidents have separated themselves from their assets and placed them in a blind trust, President Trump appointed his two adult sons to manage the international businesses that continue to make hundreds of millions of dollars a year on his behalf. The Trump family’s extremely high number of protected trips can be partially explained by the fact that Eric and Don Jr. have traveled the world promoting Trump-branded businesses throughout the Trump presidency. This explanation does less to settle concerns than to highlight the extent to which the American people are subsidizing the Trump family business. Despite running up a high tab, the Trump Organization has not paid the American people back for the security taxpayers have subsidized when Trump family members travel to support a business that regularly cashes in on the presidency.

Of course the Trump family is entitled to Secret Service protection, and should be protected, but increasing the volume by more than a factor of ten has put a strain on the agency’s budget. So much so, that the Secret Service has had to justify the spike in protective travel costs in its congressional budget requests for the past two years. That appears to be the only reason the number of protected visits has been made public at all. Not only has the frequent travel put a strain on the budget, but a Secret Service agent told VICE News that Trump’s travel has contributed to “burnout.”

The Secret Service 2020 and 2021 budget requests contain explanations of some of the expenses driving costs that necessitate a larger budget. One of these is protective travel. Protective travel spiked massively in 2017 when Trump became president. In the last fiscal two years, the Trump family has taken 3,249 protected trips. In seven years, the Obama family took a total of 933.

The chart below shows the number of protective trips for each fiscal year, which, for the federal government, begins in October. Because the fiscal year does not line up with Trump’s inauguration, we have left fiscal year 2017 out of the calculations. Protected travel visits are defined as “any instance that an individual protectee spends time within the jurisdiction of a single USSS field office, other than the protectee’s home district.”

All this travel has cost taxpayers tens of millions of dollars. The Washington Post reported that in 2017 the Secret service requested an additional $60 million for the year to pay for protective travel for President Trump, Vice President Pence, visiting heads of state and the Trump family. $26.8 million was set aside to protect Trump’s family and their residence at Trump Tower. That $60 million increase was no small bump: in 2015, the entire Secret Service protective travel budget was $80 million.

Some of the spike can be accounted for by the fact that President Trump has five children, four of whom are adults, whereas President Obama has two. However, even vice presidential families with adult children did not reach close to the tally of the Trump family. Vice President Biden’s family tally, including his adult children and grandchildren, reached 1,882 in seven years, only around 250 more than the Trump family accumulates every year. Vice President Pence’s family has only taken 190 protected trips in the last two fiscal years.

CREW has uncovered the Secret Service costs for several Trump family business trips that help to piece together the tab that the Trump family has accumulated with taxpayers. In February 2017, Eric and Don Jr. flew to Dubai to open a Trump-branded golf club, which cost the Secret Service more than $200,000. The same month, Eric flew to the Dominican Republic to potentially relaunch a failed Trump-branded resort project, which cost $20,000. Eric Trump has visited Uruguay twice for Trump Organization business, costing taxpayers $97,830 in 2017,and $80,786 in 2019. And those are just the receipts we have obtained so far. What we do know is that the President’s frequent trips to Trump branded properties put taxpayer money directly into the coffers of the Trump Organization.

The Trump family has taken more than three thousand protected trips in the last two fiscal years and the Secret Service budget has had to increase massively to accommodate the family’s travels. We don’t know exactly how many of those trips are related to the Trump business, but the bill is adding up fast. A 12x increase in any budget item is bound to attract attention, and the President’s business should reimburse the Treasury for taxpayers funds spent to support his business directly or indirectly. 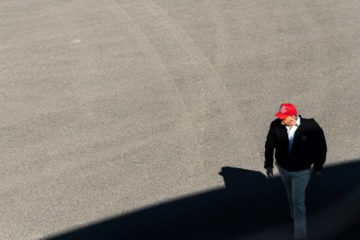 Trump said the Secret Service told him to stay at his hotel. There’s no record that’s true.