In yet another assault on checks and balances, President Trump abruptly removed the Department of Transportation’s (DOT) independent watchdog late Friday – the same night he announced plans to fire the State Department Inspector General (IG). At DOT, the acting IG was overseeing a high profile investigation of Secretary Chao’s alleged favoritism benefiting her husband Senator Mitch McConnell’s political prospects, but has now been replaced with a political appointee from within the agency. The acting IG’s ouster calls into question the future of the Chao-McConnell investigation, other critical oversight, and whether the watchdog was dismissed for unearthing damaging information.

This move is the latest salvo of Trump’s assault on oversight. And it looks like the President made sure to cover all his bases to block accountability, not only nominating an IG to succeed the experienced watchdog who held the post, but also demoting the acting IG who was investigating Chao, and installing a political appointee to serve in his place while the Senate considers a permanent replacement. To make matters worse, Trump’s pick to be the new acting IG, Howard “Skip” Elliott, already has a job overseeing the Pipeline and Hazardous Materials Safety Administration (PHMSA), an office he will now also be in charge of policing.

Trump’s decision to sideline DOT acting IG Mitch Behm (who has 17 years of experience with OIG) was lost in the shuffle of outrage following the announcement that Trump planned to fire the State Department IG, but potential conflicts of interest abound. The most high profile is the DOT OIG’s review of allegations that Secretary Chao gave Senator McConnell’s constituents special treatment and helped steer millions of federal dollars to Kentucky as he is facing low approval ratings and a tough reelection bid.

As Senate Majority Leader, McConnell was integral to the Senate’s consideration of Howard Elliott’s nomination to lead PHMSA. Now McConnell will also be instrumental to Eric Soskin’s potential confirmation as permanent IG. Soskin is a Justice Department trial lawyer “involved in some hot-button immigration and civil rights cases.” These moves will leave oversight of the Chao-McConnell  investigation in the hands of Trump administration officials  who McConnell has effectively endorsed. In the case of Ellinott, as Secretary, Chao maintains authority to fire him from PHMSA. As CREW has pointed out before, this situation poses a huge conflict of interest. How can the American people expect transparency and accountability when the watchdogs must pass a loyalty test from the President and be approved by officials impacted by their investigations?

In addition to the role new acting IG Elliott will play overseeing the Chao-McConnell investigation, a DOT spokesperson explained that Elliott “will continue to serve as leader of the pipeline agency under a dual-hat arrangement.” As a result, Elliott will potentially oversee audits or investigations into PHMSA, and be responsible for ensuring that the administrator of PHMSA (him) complies with recommendations made by OIG (led by him). It’s hard to understate the significance of this conflict of interest. Even if Elliott recuses from OIG matters related to PHMSA, which he absolutely should do, he can still discipline or fire OIG officials working for him, if he doesn’t like or agree with their handling of the Chao-McConnell investigation or PHMSA.The new acting DOT IG will also play a critical role in overseeing the Trump administration’s response to the coronavirus pandemic, which has drawn significant scrutiny from the President.

The President’s attack on inspector general independence at DOT deserves just as much public scrutiny as all the rest. It is no coincidence that an experienced and independent watchdog was sidelined while carrying out an investigation into alleged political corruption involving the Transportation Secretary and Trump’s chief enabler in the Senate, Leader McConnell. The administration’s Friday night announcements appear to be designed to keep us from taking notice. It is incumbent upon Congress, the public, and the good government community not to let President Trump get away with it yet again. 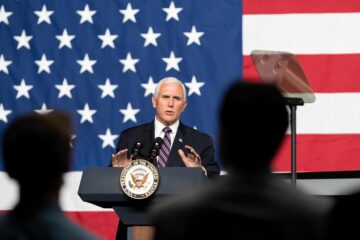 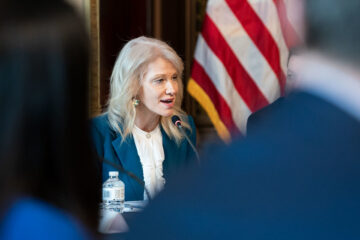 As the president’s popularity slipping even among his base, several White House officials have committed obvious violations of the Hatch Act in plain sight. 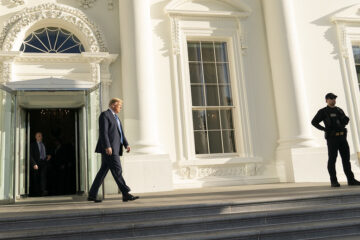